Synchronicity And Random Moments Can Alter Our Lives 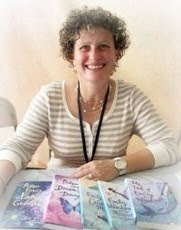 The couple were a Mr & Mrs Jones and after the event sent their new friends a note of thanks, written on paper from Mr Jones' dental practice - which included the address.

As Liz's grandfather was sorting through some of his papers he came upon the note from Mr & Mrs Jones. Frightened for the lives of his family he wrote to them hoping they would perhaps sign the necessary papers.

The family of Jews left with nothing other than the clothes they were wearing, but managed a safe journey to England. They lived with the Jones family for six months and became life long friends.

Coincidences, synchronicity and random moments can play such important roles within our lives. And then there is the generosity and kindness of Mr & Mrs Jones. I wonder how many of us would have entered into such a commitment following a short one off meeting?