The Ghostly Happenings At Her Bedsit 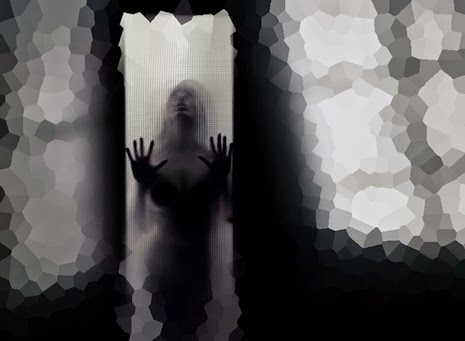 A ghost story I came across on the letters page of the Daily Mail, which sort of follows on from yesterdays theme.


"I used to have a bedsit in Brixton (London) and had a frightening experience one night when I woke to see a person I took to be one of the other tenants standing by my bed looking down on me.

I froze in terror as I realised  I could see right through the apparition. It moved away, looking annoyed, and passed through a wall.

Several weeks later one bright Saturday morning I was loafing about in bed (as lazy 20-year-olds do) when through the little archway leading to my tiny kitchenette I saw my mother, who lived in the basement, walk in with a pint of milk. She glared at me and left the bottle on the table.

Later in the day I popped downstairs to see her and she was adamant that I wasn't in the bed and the covers had been rolled right back.

Two spooky events in the same spot was more than enough and I moved out of my Brixton bedsit faster than I could say, 'Cheerio mum.'"

Other Ghost Stories:
The Ghost Sightings In London's Top Hotel
The Ghosts Who Haunt Bodmin Jail, Cornwall: 13 Exclusive Photos
The Shadow People Who Stalk Our World