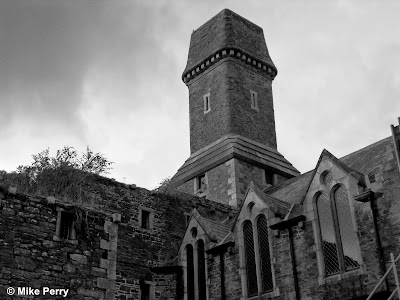 On a dark, dank day the bleakness of Bodmin Jail in Cornwall can send a shiver down the spine. No wonder it is the source of many paranormal experiences. The ghosts of prisoners haunt the corridors and now empty cells. 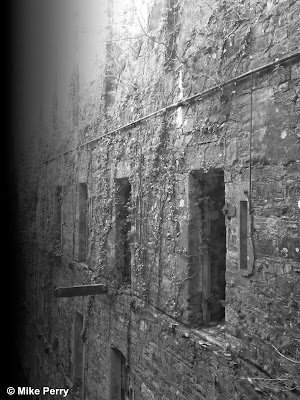 Bodmin Jail was built back in the reign of George III in 1777. Prisoners helped, though not necessarily willingly, to transport 20,000 tons of granite from Bodmin's Cuckoo Quarry for its erection. 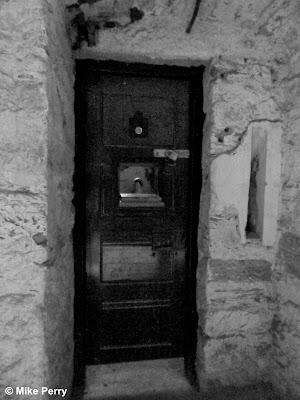 Today the cells are empty other than for those ghosts who walk the six floors of the jail. 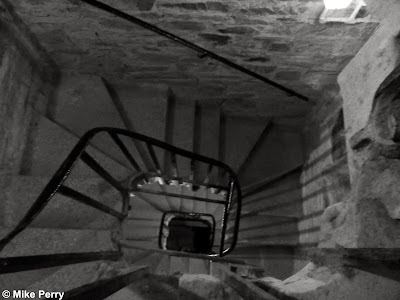 As I went round the jail I took most of my photos in black and white, though a few have a touch of colour like the one below. 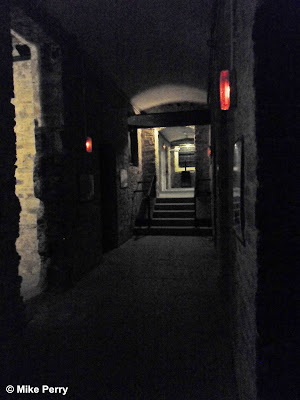 The 10th of June, 1843 edition of the West Briton newspaper reported on Bodmin Jail saying that "The 43rd rule is that prisoners, except for debtors should have a tepid bath once in every three months." 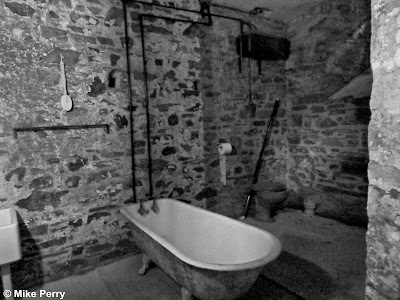 But not everything was to such a 'high' standard. Over 50 people were hanged, sometimes their bodies were dissected for medical research. 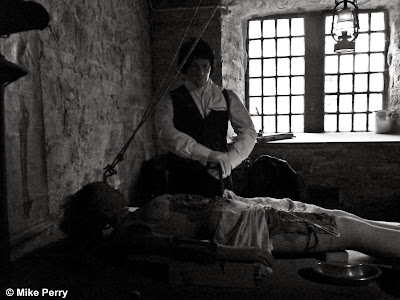 Below is a list of hangings showing the prisoners details. But sometimes the death sentence was very harsh, as in the case of a Mrs Osborne in 1813:

There was a dispute between Mr Osborne and his neighbouring farmer who had crept into Osborne's field and set fire to a mow of corn.

Mr Osborne was livid so his wife wanted revenge. Under cover of nightfall she sneaked into the other farmer's field and set a mow of his corn on fire. Unfortunately for her she was caught doing so by the police and was arrested.

The court did not believe her story and she was duly sentenced to death by hanging. She was hung on the 6th of September, 1813 when only 20 years old. 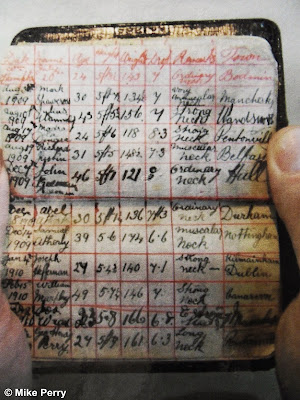 One of the ghosts known to haunt Bodmin Jail is that of Salina Wadge.

On the 21st of June 1878, on Altarnun Moor, two year old Henry Wadge was dropped down a well by his mother Salina. At her trial she claimed that a James Westwood said he would marry her if she got rid of her illegitimate children. Needless to say he denied this.

Salina was sentenced to death by hanging and was sent to the condemned cell at Bodmin Jail. At precisely 8 a.m on August 15th, 1878 she mounted the scaffold, her last words being, "Lord deliver me from this miserable world." Her body, clutching a white handkerchief, was left dangling for an hour before being cut down. 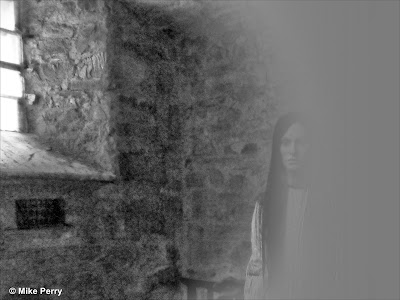 Her ghost wanders the prison, where she tries to reach out to small children, who often enquire about the crying lady in the long dress. 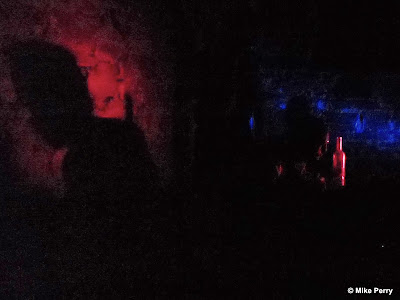 There are lots of weird stories from Bodmin Jail. Anne Jeffries, for instance, was thrown into prison because she was suspected of being a changeling with healing powers. She was put in solitary confinement and wasn't given any food. The strange thing is that this had no affect on her as she retained her weight and health. She claimed she was fed and cared for by fairies who visited her in her cell at night. 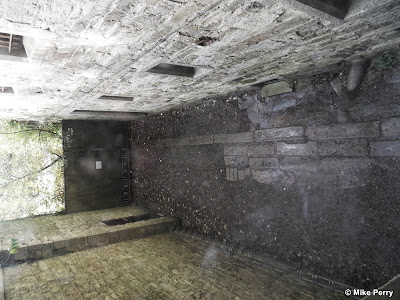 In photos there are weird shadows hidden from the eye. Wandering around the jail it's possible to imagine all sorts of things.

Below is a short video of a hanging from Bodmin Jail ...


... the equipment is still in place. 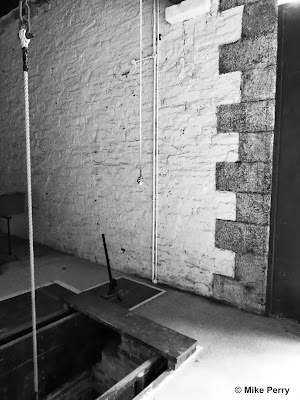 A final look at the outside of Bodin Jail or Gaol. I made my visit on 9th of November. 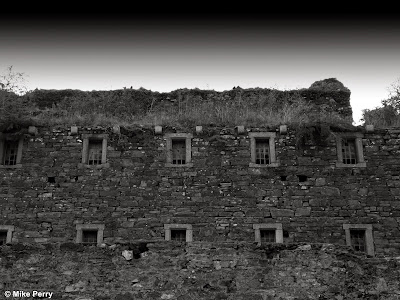 Other Random Posts:
The Shadow People Who Stalk Our World
The Sexual Examination Of The Witches Of Belvoir
Reincarnation: Her Small Son Had Been Killed In A Previous Life During World War 1