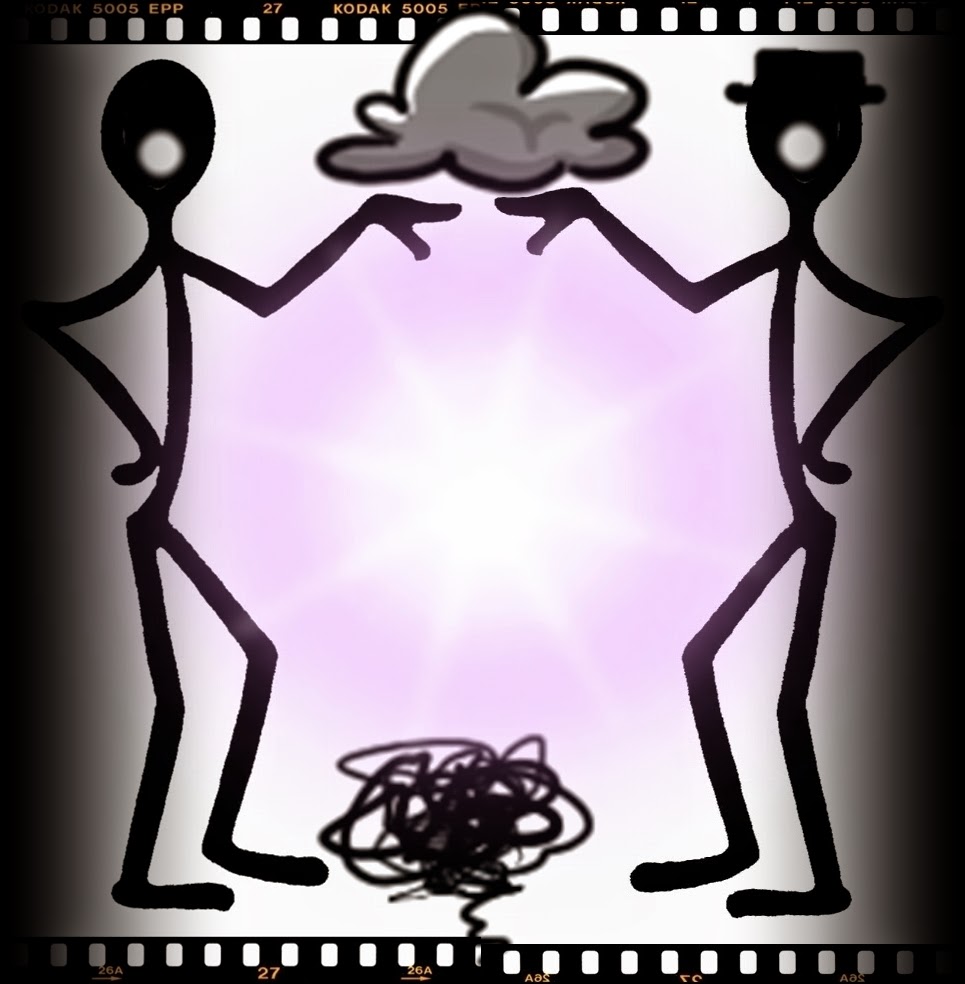 Here's a coincidence: two stories in two days from readers about Black Stick Men, one from the USA and the other from the UK. You may recall that I published a post back in March of this year The Black Stick Men Who Stalk Our World At Night. As 'things' supposedly come in threes, wonder if there will be a third experience soon ...

I actually stumbled across your blog because my husband and I were Googling stick men sightings. He has just encountered one while taking our dog out to the bathroom at our apartment complex.

He was walking by the pool area, and it is night mind you, and looked over and saw a tall stick figure of a man who, he said, seemed surprised and took an odd startled stance when he realized he'd been seen.

My husband looked at the stick man for a second and then took off, running as fast as he could to tell me.

He was out of breath and visibly shaken, so we started looking this up and are quickly finding out there are a lot of people who have seen the same.


"We were returning home after a night out, and we had been drinking, but what we saw was nothing to do with alcohol. There were five of us, but three went off in a different direction. This left me and my girlfriend.

It was dark, after midnight, and we passed an open area between houses.

She pointed to the open space where something thin and lollopy looking was coming towards us. Definitely human shaped but much, much taller and very skinny and completely black. I couldn't tell if he was wearing clothes, it looked like an animated stick man. I'm fairly sure he was wearing a hat of some sort.

We started to run away as fast as we could. The man was going to catch us because of his long, skinny stride. He didn't appear to have any facial features. But suddenly he changed direction, almost as if he hadn't seen us at first and headed towards the houses.

My girlfriend was shaking with fright but gradually calmed down once the stick man was moving away from us. I have to admit that I was scared stiff myself.

It all sounds unbelievable but it was as if a cartoon had come to life. I think the man must have been well over 10 feet tall. Whatever he was, looking back, we don't think he meant us any harm."