Even Doctors Have Incredible Coincidences! 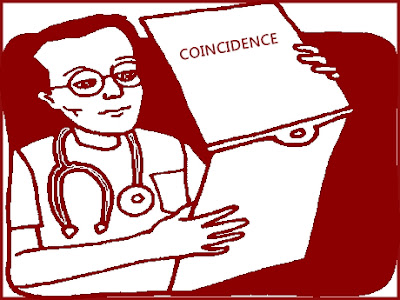 This is another coincidence example from the Daily Mail newspaper by Pheobe Watkins from Kent.


With regards to coincidences, when I was working for a GP [General Practitioner - Doctor], he and his wife went to New Zealand for a holiday.

When he returned, he went to the patient files drawer, removed two and asked me to send them to the local health authority, as they were no longer on out patients list.

When I asked him why, he said that he had been waiting to go on a ferry boat trip In New Zealand when he heard someone call out: "Hello, Dr Brown."

It was two patients who lived in the village but had emigrated to Singapore. They were holidaying in New Zealand too!

Other Random Coincidence Stories:
A Strange Broken Heart Coincidence
Married Couple In The Same Photo As Children
67 Years After The D-Day Landings They Meet By Coincidence