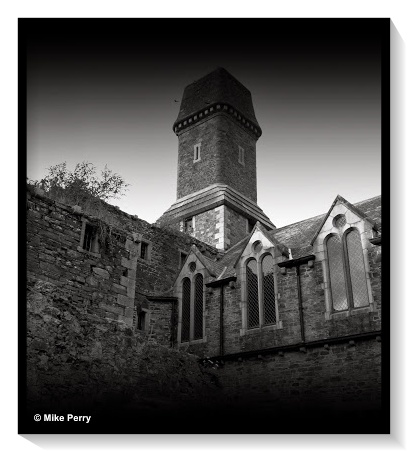 A different sort of post today copied from one of my old blogs. It features Bodmin Prison, a dream precogniton and a hanging watched by nearly 25,000 people. Here we go:

Captain Edmund Norway, the master of the merchant ship Orient, was situated seven miles off the volcanic island of St. Helena in the south Atlantic. On the 8th of February 1840 the Captain awoke with a start. He had been dreaming and told his second officer, Mr Wren, what he had dreamt:


"I had a dreadful dream. I dreamt that my brother Nevill was murdered by two men on the road from Bodmin to Wadebridge (Cornwall). One fired a pistol twice, but I heard no report. He then knocked my brother from his horse, struck him several blows about the head, then ran away and left him."
Seeing his Captain was unsettled by this Mr Wren told him, "Don’t worry about it. You west country people are too superstitious." Captain Norway was from Cornwall, England. But it must have concerned the Captain as on February 9th, 1840 he took the trouble to record his dream, and the conversation with Wren, in the ship's log. Nevill Norway, a highly respectable timber and general merchant, was killed exactly as his brother had recorded and the murder caused considerable interest and discussion in Bodmin, Cornwall and the surrounding area. So much so that a police officer from London was sent to help with the enquiries.Nevill had been seen on the day of the murder at Bodmin market and was carrying a considerable amount of money. It is thought he was seen by brothers, William and James Lightfoot, who were later arrested for Neville Norway's murder. They each initially blamed the other brother. William Lightfoot finally gave his version of what had happened:


"He and his brother had met by appointment, and were determined to have some money; that when Mr Norway came up, James snapped his pistol at him twice; that he (William) then gave him a blow with a stick; that he fell off his horse, and that James struck him with his pistol."
William and James Lightfoot were found guilty at the court and Monday, the 13th of April, 1840 was fixed for their execution by hanging at Bodmin Jail. 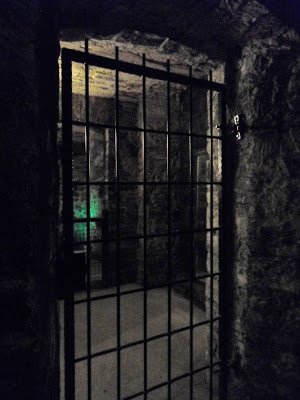 After hanging for an hour, the bodies were cut down and put into a couple of black coffins. They were buried in a hole about three feet in the coal yard just in front of the prison.~ West Briton Newspaper 17th April 1840.
Is it any wonder the ghosts of William and James Lightfoot still haunt Bodmin Jail?
Posted by Mike Perry at 12:07