UK actor Robson Green talks about love and a coincidence. Not a major, flashy coincidence but one that means something to him. 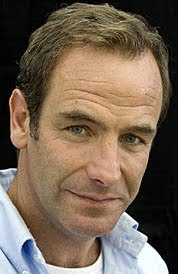 "I believe in love at first sight because it happened to me with my wife Vanya.

We first met when she was working as Simon Cowell's secretary. I'd gone to his office with Jerome Flynn and she was the most beautiful woman I'd ever set eyes on - she's a former Bond Girl and model.

and she told me it was wonderful and I'd made her cry. Then she asked me out and I declined!

The second time she asked me out I said yes and we've been together ten years. Our marriage lasts because it's passionate, we understand each other and we're developing together."