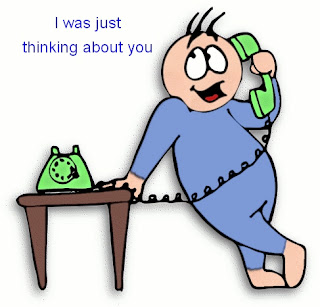 When we take that phone call, after thinking about the person concerned, we usually say it's a coincidence or maybe even telepathy. And things like this happen with animals as well.

I remember my wife saying how our lovely border collie dog, Toby, would get restless and want to go to the gate when I was on my way home. He seemed to know I was on my way, even though I arrived home at different times throughout the day.

There's also the theory of 'morphic resonance' dreamed up by the biologist Rupert Sheldrake. He saw, for example, how monkeys on different islands would often begin a new practice at the same time - such as washing yams before eating them. The groups on the different islands had no way of sharing this information. It just happened.

Sheldrake's theory could possibly be something to do with Carl Jung's 'collective unconscious' or maybe a link with the Akashic Records, where it is said all experiences are stored. 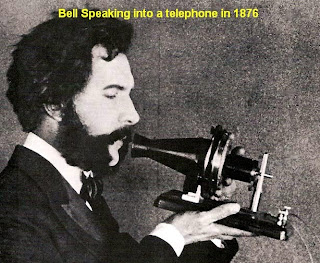 Like the monkeys, when it comes to thinking up new ways to do things, we often get conflicting claims as to who actually created various inventions - the telephone for example.

It does seem that several people, unknown often to the others, are working on similar theories and ideas at the same time. A coincidence or something more?

Occultism often teaches that there are currents within the 'Universal Mind' and if minds are vibrating sympathetically they can hook into these currents of a similar nature.

Richard Ingalese* wrote back in 1902, "... because your mind and mine are attached to the current, we are for the time being receiving in unison the same ideas."

Ingalese goes on to say, "Inventors often get into the same current of thought, and work along similar lines, and then suddenly startle the public with inventions of a like nature, each inventor declares himself the sole discover of the thing invented."

I'm not out to influence anyone about any particular theory being correct. All I can say with confidence is that I personally have had numerous coincidences, which I class as synchronicity, which are meaningful to me.

I feel that there is more to many coincidences than being something which happens purely by chance. As to what this 'more' happens to be is up to individuals to discover for themselves. It's something to think about.

Further Reading:
*The History and Power of Mind by Richard Ingalese

- Book
10 Coincidence Or Synchronicity Examples - Post on this blog.
Posted by Mike Perry at 14:44