The Advantage Of Being Mistaken For Someone Else 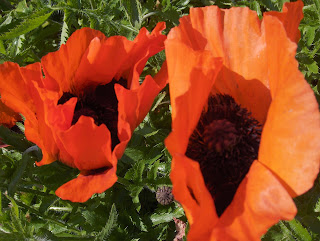 I'm not sure if this comes under the category of coincidences and synchronicity but it's something that has worked to my advantage.

Sometimes I get mistaken for someone else, usually with the same surname.

A couple of examples.

My wife and I were on a holiday / vacation in Wales and I thought we deserved a meal in a good restaurant. I phoned to make a reservation and whoever I spoke to was extremely polite, almost over the top and I booked a table for 8.30pm.

We got to the restaurant at about 8.15pm, we walked in, I said I was Mr.Perry and had a reservation.

"Ah Mr. Perry," was the reply or words to that effect, "Lovely to see you again. How was South Africa?"

I was a little unsure what to say but, to my wife's embarrassment, I just went along with it. Who was I to argue? "Fine thanks." Needless to say I hadn't been to South Africa.

The meal was superb, we had one of the best tables and the service was first class. We almost felt like royalty.

The second instance was again when we were on holiday / vacation. This time in the USA. We were travelling through Phoenix and had booked an hotel for two nights in advance.

I walked over to reception and the person behind the desk said, "Mr. Perry, how nice to see you again. We have given you the same room."

I had never been to Phoenix previously (I live in England) or, for that matter, the part of Wales where the restaurant I mentioned was situated.

What does this mean? To be honest I don't really know, but there have been quite a few similar instances. All I can say is that mostly when it happens it's to my advantage, as I get well looked after.

Anyone else had this sort of thing happen?

Further Reading:
Four Coincidences On A Day Out In Truro
10 Coincidence Or Synchronicity Examples