Voices Told Woman She Had A Tumour 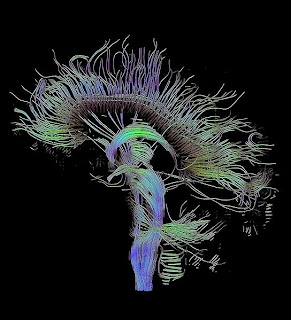 This is a strange case because it may involve some form of telepathy or even voices from a higher level. What makes it particularly interesting is that it is from a good source - The BMJ, the British Medical Journal, and was reported by a consultant psychiatrist.

The story is about - what appeared to be - a perfectly healthy woman (known in the report as AB), a full time housewife and mother, and someone who rarely went to her doctor.

She was sitting at home reading when she heard a voice inside her head. The voice told her, "Please don't be afraid. I know it must be shocking for you to hear me speaking to you like this, but this is the easiest way I could think of. My friend and I used to work at the Children's Hospital, Great Ormond Street, and we would like to help you."

The voice continued, "To help you see that we are sincere, we would like you to check out the following" — and the voice gave her three separate pieces of information, which she did not possess at the time. She checked them out, and they were true.

Thinking she was going mad she went to her doctor who referred her to the psychiatrist who made his report to the BMJ. He diagnosed a 'functional hallucinatory psychosis' and treated her with counselling and medicine. The voice left her alone for several weeks and she felt well enough to go abroad on holiday.

While away the voice returned. They told her words to the effect that 'they' wanted her to return to England immediately as there was something wrong with her and she should have immediate treatment. She returned to London.

The voices then gave her an address to visit. Her husband reluctantly drove her there. It turned out to be the department of a London hospital. On arrival the voice told her to go in and request a brain scan because (1) she had a tumour in her brain and (2) her brain stem was inflamed.

She saw the psychiatrist the next day and he arranged for AB to have the scan to reassure her. The hospital, however, refused to do this because they could see no medical reason as to why this should be carried out - she had no symptoms, headaches and the like.

After several weeks of discussion they finally agreed. The scan 'revealed a left posterior frontal parafalcine mass, which extended through the falx to the right side. It had all the appearances of a meningioma.'
An immediate operation followed the findings and the tumor was removed.

After her recovery she heard the voice once more, "We are pleased to have helped you. Goodbye."
Twelve years later AB remains completely well.

So was it the tumor itself which caused the hallucinatory voices (this is seemingly sometimes possible) or something else? A form of telepathy perhaps? Or maybe some sort of skulduggery by the woman herself? Opinion is split.

As a non medical man myself it's difficult to reach any conclusion. Again it's another case of 'believe what you wilt.'