A road I walk most days 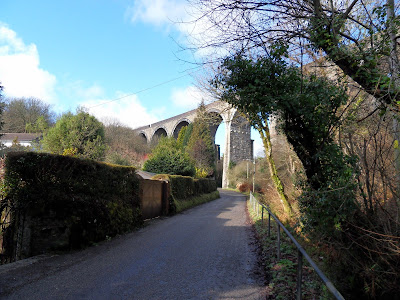 I suppose, in a way, this carries on from yesterday's post. I'm not following feathers this time but using intuition instead to guide my morning walk.

I'm a great believer in intuition and relying on feelings when there are decisions to be made. Though this is far from the norm for many people.

When I had a 'proper job 9 to 5' - that was over 15 years ago now - I was a finance manager. At a company seminar I mentioned using intuition. The response I got was unbelievable. I was shot down in flames for mentioning such a thing. It was far removed from company policy to say the least.

Anyway, I digress, a small example of intuition happened this morning on my walk. I was on my way back and for some reason I suddenly had an urge to take a short cut. I usually walk for an hour and this would cut off about 15 minutes.

The sun was shining, and it was lovely out, but I followed my feeling and took the short route towards home. After five minutes my stepson pulled up in his car next to me. We had a chat about various things including my wife being stranded in Germany.

We said goodbye and five minutes later there was my son and his fiance in his car!

If I had taken the longer route I wouldn't have seen either of them today. Intuition, coincidence - call it what you like. It's a useful thing to follow. It can help with little things that enrich the day or really big decisions.

Intuition, I find, is worth cultivating.