This is something I wrote a few years back for someone else. It's probably still out there on the Internet somewhere. It's nothing to do with coincidences or synchronicity but is about following our dreams

Dorothy looked in the mirror, a frown on her face. The old sixties, or was it fifties, song kept running through her mind, 'Little boxes, little boxes and they all look just the same'.

She walked to the bedroom window and glanced at the small square garden behind her little box. It was neat and tidy. Well it would be, for that was the sort of man her Jack was. Everything must be just right. At times it made her scream inside. Why couldn't he ever let the grass grow and simply enjoy the sunshine. "Must keep up standards," he was always saying. "But why?" thought Dorothy. And another thing, "Is it really necessary to clean the car every Sunday, after he had polished his shoes and pressed his trousers ready for work on Monday?"

She walked back to her dressing table and sat once more gazing into the mirror. Should she wear a hat or not? It probably didn't really matter. Her face looked strained and white, the years hadn't been particularly kind to her appearance. As she brushed away a tiny tear she remembered days long ago when her hair was golden and she laughed effortlessly. Jack and her were so filled with joy. They could talk for hours about their plans and dreams curled up on the sofa or while looking at the stars. What a future they had, the excitement and anticipation made sleep almost unnecessary.

Dorothy sighed deeply, she now felt tired most of the time, her dreams having dissolved with the years. As for Jack his ambitions gradually disappeared along with his hair.

There was a gentle knock on the bedroom door and Dorothy turned round to see her son standing there. Mark smiled and said soflty, "Dad's here."

"I won't be long," she replied. Mark closed the door quietly. "Of course it's partly Mark's fault," she muttered to herself as she listened to his heavy footsteps going down the stairs.

The slim, golden haired Dorothy and her Jack were going to start their own business, were going to travel the world and were going to find the secrets of immortality. It seemed easy then, lying on their backs watching the stars after they had made love. There was nothing they couldn't do or achieve. So much were their dreams compatible that they married within weeks of meeting. Jack said they were soulmates, so why should they ever be apart.

Dorothy soon fell pregnant. Their other dreams were put on hold until Mark was born. Jack said he thought they should wait until Mark was at least of school age before they started their business. And obviously it wasn't right to take a baby travelling. "So yes," Dorothy decided, "It was definitely Mark's fault that the dreams were never fulfilled".

Not that she didn't love Mark, she would do anything for him. She had, after all, even surrendered her plans without a fight. Her sister said she was foolish for putting things off. "After all," she explained, "children will only grow up and leave you one day."

Mark now lived over a hundred miles away. It was nice to see him and his wife this week. "It must be nearly three months since he last visited," Dorothy reckoned. He did phone regularly but it wasn't the same. Somehow they had grown apart. She believed he still liked syrup pudding and Arsenal Football Club. Mark's wife had corrected her, "He doesn't like stodge now and watches rugby."

Jack started a job at the local factory over thirty years ago. "Just a temporary measure," he had assured her, "until Mark starts senior school. Then we'll start travelling." So they put things on hold once more and in the meantime moved into their 'little box' in a street like any other.

There was another knock on the door and this time it was her daughter Susan. "Are you nearly ready?" Susan asked.

"No I'm not!" her mother snapped. "You'll have to all wait for me for a change. Goodness knows I've waited for your father for more years than I care to remember. Now he can wait for me." 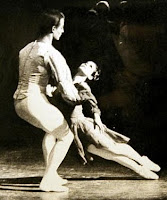 "Do you know I've never been to the ballet," Dorothy continued as the tears she had been controlling for so long flooded down her pale cheeks.

Susan went and hugged her, squeezing on to the dressing table stool. "Please don't cry, mummy."

"I haven't been to the ballet. I haven't visited Australia, I don't have my own business. I haven't done so many things and your father promised me. He bloody promised me, Susan, and now look what he has done. I feel so angry," she sobbed.

"Oh mummy, you know daddy has always done his best."

"But your father and I were going to do so many things. He put everything off. We had to wait for Mark to finish his A-level exams and then until he finished university. Then we did the same for you. We waited until you started school, then it was senior school and so on, right up to you also finishing university. All I've done is grow older and heavier."

"Do you know we could have started a business with your dad's best friend? You know, Alan Fox. He wanted us to go in partnership as Estate Agents. Dad wouldn't. It wasn't the right time, so he stayed at the factory. Alan now has ten branches. It could have been us. How stupid can we have been."

"Dad hated his job. He was always moaning about how he was overlooked for promotion. But he stuck it out. He put up with silly youngsters telling him what to do. He said he didn't mind as it was secure and, of course, there was the pension. The damn pension. Security became all important. 'We'll do it all later,' he kept saying. We could have visited Australia you know, when he had that small legacy from grandad. But, no! He had to tuck the money away in the bank. Security! It's still all there. We had another chance to go into our own business. But would he risk a few thousand? Would he, heck. 'We'll see when the children have grown up', he'd say."

Susan had never seen her mother crying like this before, she seemed so cross. The frustrations must have been building for years. She wondered why she hadn't noticed. But living in London now it was difficult to see her as often as she would have liked. Then she remembered her year out travelling. Australia, India, USA and more besides. What a year. Thinking back her mother had appeared a little glassy eyed and quiet when she returned all excited with loads of photos and a new boyfriend. Susan even saw her aunt and uncle in Australia. "Mum and dad would have been impressed," she thought, "A large house with a huge veranda overlooking the coastline, barbecues in the sunshine and lots of laughter."

She had always believed though that her parents were content with their life. Dad doing his garden and going to the football occassionally, mum cooking and decorating the house. "Who would have thought that mum wanted to go to the ballet. Wonder why on earth she didn't?" Could it be that she didn't really know her parents at all. They had encouraged her to go out into the world and told her to follow her dreams, so she had. They were good people, kind and loving, but nothing lasts for ever.

Dorothy dried her eyes, surprised and embarrassed by her outburst. She was normally so in control and felt sorry about some of the things she had said and thought. She did care for Jack, so very much. With the children flown the nest what else did she have? She shuddered to think.

There was a voice behind them. Dorothy thought for a second that it was Jack and turned round quickly smiling. It was Mark instead saying, "We really ought to go now, the cars are here". She noticed how handsome he looked in his suit. Very much like his father but with his hair and dreams still intact. They had done a good job bringing up their children. Jack would have been so proud of them both.

Dorothy took a deep breath, wearily smiled at Susan and Mark and said, "Okay, I've kept him waiting long enough. Let's go and say goodbye to your father for the final time." They linked arms and headed downstairs.

Jack had been less than one month away from retirement when he died. He had been looking forward to leaving the factory so much. He had chosen to receive a lump sum with his pension so that he could take Dorothy on a special holiday. After this they were going to sell their house and move to the coast. Not quite what they had envisaged all those years ago, but it was something definite to look forward to.

Two days after the funeral Mark had to leave for home, his business and his new life were calling. He was doing well, detached house, BMW and a good income. Susan also left, back to London and her care free ways. They both promised to visit more often, but Dorothy knew deep inside that they probably wouldn't.

In the silent house she was now alone with her memories and the ticking of the clock, sadness finally creeping in of things which might have been.

Ten days later Dorothy phoned Susan, "I'll be coming to stay with you on Saturday."

"Don't worry, don't worry, I'm only stopping for the one night. I'm going to the ballet."

"No you don't understand. The ballet is at the Sydney Opera House. I'm flying from Heathrow to Australia on Sunday and then, when I'm ready, on to the Far East. The thing is Susan, I don't have time to waste any more time. I'll tell you everything on Saturday. Bye."

Dorothy put the phone down, "What a shame that Jack hadn't fulfilled some of his dreams."