A coincidence today I received by email from Colin Taylor and shows how coincidences can pop up on the Internet, and Facebook in particular. Here's Colin's story: 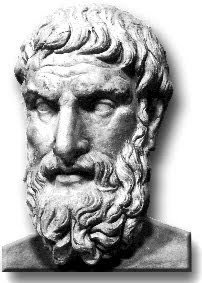 I live in Penkridge near Stafford in England and I am on Facebook. My son jokingly suggested I find other Colin Taylor's to be friends with. So I searched the name and invited a few to reply.

One day I was joining a website for some reason and I was asked my favourite quote. I wrote the Riddle of Epicurus, if you know it, in full and submitted my details.

Two minutes later I get an email from Facebook saying a Colin Taylor had accepted my friend request.

I went on his page for the first time ever as it was not possible for either of us to do so up until that very moment, straight away I could see his status was the Riddle of Epicurus.

I contacted him to tell him and got him to check on the site I had just joined. He confirmed I had written the Riddle five minutes earlier. In addition to this we both had, including each other, 100 Facebook friends.

A bit of a coincidence I feel.

One last thing, the most recent Colin Taylor to pal up with me on Facebook, just happens to be a carpenter (like me), a biker (like me) and unusually has a son named Mathew with one "T" (like me), spooky!

There are several variations of the riddle.