67 Not Out Readers Coincidences - 1

A couple of coincidence stories today from 67 Not Out readers. The first is from Bryne Hart who has neatly set out an impressive set of coincidence between him and his wife:

I’ve been married to a wonderful woman for nearly 28 years. During our dating and marriage we’ve discovered the following:

(a) Both mothers were nurses

(d) Both had grandparents in the funeral business in NY

(e) Both parents and grandparents grew up in NY (father’s poor, mother’s middle class). We met in Virginia.

Here are the clinchers:

1. Both sets of parents were married on the SAME day (day, month and year)

2. We were both baptized in local parish churches called "Star of the Sea Church" (me in Boston, MA, her in Yokosuka, Japan) in 1960.

Now we move on to Steve's story. This isn't such a happy tale but, unfortunately, not all coincidences are necessarily good. This is what he writes: 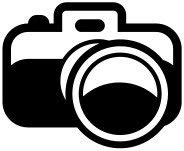 "This picture is no longer around:

At 13, my parents sponsored a luncheon to celebrate my Bar Mitzvah. In a photograph of one of the guest tables, my parents posed with four couples.

Within the next eight years each couple, including my parents, lost a child: one to cancer, one to a car accident, one to a home accident, one was stabbed in a fight and one kidnapped and murdered.

Looking at the photo was always very eerie and I think a family member threw it away."

My thanks to Bryne and Steve. If you have a coincidence to tell, suitable for publication, please send this to me using the Contact link at the head of this blog - Thanks, Mike.