67 Not Out Readers Coincidences - 3

A selection of coincidence stories today from 67 Not Out readers. I've received them by email and also in comments on various blog posts. Thank you all for your contributions. 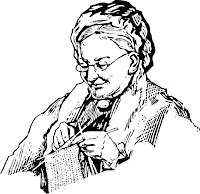 She dreamed of her grandma's death

I had a dream the night before my great-grandmother passed away. I hadn't seen her in about a year as she lived in another state and I hadn't talked to her in about a week. I found out later this was because she was in a coma.

In the dream I had been in my room when the phone rang, I answered it and I heard my grandma. the conversation went like this.

"Hey Grandma"
"Hello Bree"
"How are you doing? I miss you a lot"
"I haven't been feeling too well, I miss you too"
"Well at least I'm coming out next month then I can see you and mom and the rest of the family"
"They will be so happy to see you. I wont be there though I am leaving this week. I love you. I have to go now"
"I love you too. Maybe you'll be back from your trip by the time I get out there."

That is where the conversation ended and I hung up the phone. The next morning my dad came in my room and told me my grandmother had passed away earlier in the morning. This happened in December of 2005. I was 11.


Her subconscious found her ring

After reading many of your posts, I came across this one How Dreams Solve Problems And Questions. I recently lost a ring my boyfriend gave me. So before bed one night I asked my subconscious mind to reveal where it was hidden. The next day I was in the mood for cleaning and I came across my ring! I truly believe this technique helped me find it.

Thanks for the help.


Bumping into a friend miles from home

I've enjoyed reading about your coincidences and thought I'd share one of my own with you.

It happened at the end of a family holiday in Portugal. We had been staying out in the countryside but were to return home from Faro (the capital city). Upon arriving at the airport it turned out that our flight was delayed to such an extent that we were to be put up in a hotel in the city.

When we got to the hotel we were told that a buffet had been laid out for the delayed passengers on the roof floor, which was also where the hotel pool was situated.

As we got to the roof and rounded the corner to the pool area my mother quite literally 'bumped into' a woman who turned out to be her work colleague. She was staying in that very hotel. It has always struck me as an amazing coming together of time, place and circumstance.

The number 9 comes up too often in my family, especially in relation to me.

My parents were married on the 9th day of the ninth month (September).

My dad's birthday is on the 9th of May.

Our house number is 23/4 which adds up to 9 and our telephone number also adds up to 9 - something which we didn't realize till recently.

There are more smaller details which have also fascinated me. I thought I was the only one trying to read between lines...


It all happened on the same date

My mom, RIP, passed away on the same day her mom passed, 45 years before. Then five years later I met my future wife, only to find out that it is also her birthday!


The squirrel fell out of the tree

Once, me and my friend were sitting in a park having a smoke on a bench. We were talking about a television program we saw, in which a squirrel had to decide if it was going to get eaten by a jungle snake or jump out a a tree from high up in the branches. The squirrel decided to jump.

I brought up the question to my pal, "Would the squirrel have died?"
Literally 15 seconds later a squirrel fell out of the tall tree we were sitting under and ran off. I guess our question was answered!


Re post: How To Get A Car Parking Space Using Visualisation

I live in a small neighborhood with only one busy intersection connecting two towns. Every time I'm in the car with my mom, when we start heading for the intersection, my mom always says, "See it in your mind, no traffic, no red light, no waiting." When we reach the light it is just turning green and, of course, there is no traffic. I always thought it was so bizarre.


If you have a coincidence or synchronicity story, suitable for 67 Not Out, and would like it published, please send it using the Contact button at the top of the page. Thanks - Mike.