Teenage Memories Unlocked By A Coincidence 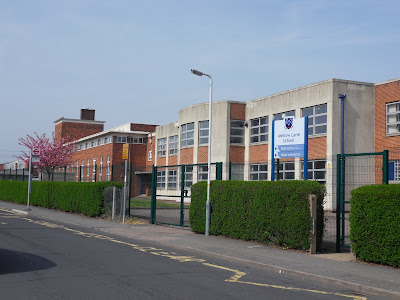 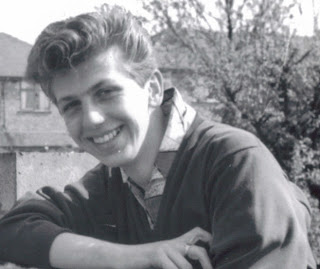 I recently went back to where I grew up and visited the local places I could remember as a child and teenager (yes, that's me on the right), including my senior school, Mellow Lane, in the London Borough of Hillingdon.

After I had returned home back to Cornwall I glanced through an old photo album and came across a picture of myself with a girl I knew at Mellow Lane (photo below left). I remember saying to myself, "I wonder whatever happened to Stephanie?"

Last night my wife was watching something on television, which wasn't of interest to me, so I went on my computer for half an hour. No particular reason or plan as to what I was going to look at. I have my home page set as Google so when it came up I did a 'Mellow Lane' search and on the first page there was an entry that contained the name Stephanie. "Surely not" I thought.

I clicked and this led me to a 2005 forum. I found the entry and, sure enough, it was about the girl whose photo I had.

It was very sad though. The entry was from her son who was asking if anyone had a copy of a record of the Mellow Lane school choir where his mother had been a member. He wanted this to play at his wedding. His mother had died back in 1987.

I must say that this left me quite shocked. Not absolutely sure why, because I hadn't seen Stephanie since I was about 17 or 18.

I can actually remember the last time I saw her. It was on a number 140 bus. I got out at Northolt Station and she stayed on to, well I'm not sure where.

I got to know Stephanie well when we went on a Geographical Project to Switzerland. We had all sorts of lengthy conversations about life and I remember distinctly one particular debate between us about Jehovah Witnesses. I can picture the location even now.

The photo of us together is on a train in Switzerland.

It's strange how such coincidences come about as I hadn't thought about her for many, many years but the trip to my old school, the photo, the forum I clicked on by chance let out a whole flood of memories about my early life in Hillingdon and Hayes.

It made me feel quite sad about how quickly life moves on and the people who come and go in our lives. It also shows how much we have stored away in our minds, brains or wherever. There are so many memories waiting to be unlocked.

I also felt a great sympathy and sorrow for Stephanie's family and friends. She was such a lovely, intelligent girl. The photo doesn't do her justice.

What I discovered was that even in the midst of family and friends, who care deeply, we are sometimes very much alone. Only we, as individuals, have experienced what we have experienced. It's a unique version of events, emotions, lessons learned and so on.

Some coincidences, I feel, come about to make us reflect on life.