Belief Programming From Witchcraft To The Impossible 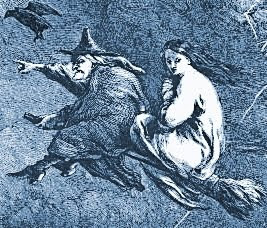 "Feed white bread to a donkey, catching the crumbs on a white handkerchief. Add milk to the crumbs and give it to the patient to drink."

"Bind the eyes of a frog with the flesh of a nightingale in the skin of a hart, place them near the person you wish to keep awake."

It's just magic! The first is Cornish witchcraft to cure whooping cough and the second will prevent sleep in ... well, anyone you want to keep awake.

Okay, we may laugh at these - as we avoid walking under a ladder, throwing a pinch of salt over our left shoulder while clutching onto our rabbits foot or four leaf clover.

In a Freemasons ceremony the apprentice enters with a noose and a rope around his neck, hung over his back ...

Magic, spells, talismans, ceremonies and so on may sound a little strange, even silly, to many but there is a purpose behind them which makes them either effective or meaningful.

They are props to make us believe and behind every aspect of life are our individual beliefs. These may hold us back in life, influence how we act or, on a positive note, drive us forward. With many of us though our beliefs - built up since childhood - are limiting.

An example of man's limitation may be something such as the four minute mile. Once upon a time no one believed that it was physically possible for human beings to run the mile in less than four minutes - so, for many, many years no one did. Well, it couldn't be done, could it? 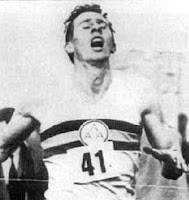 Roger Bannister dared to think he could, so he altered his belief system. He programmed himself to believe that he could achieve the impossible by rehearsing the event over and over in his mind. And in 1954 he broke his belief barrier and ran the mile in under four minutes.

This was great for Bannister but it was also even greater for what he did for others. Within one year 37 other athletes also broke the four minute mile. They had witnessed that the impossible was actually possible, so they were able to physically run faster themselves. Today the four minute mile is common place.

What a lot of magic does is to re-programme belief. Because of the effort involved it convinces us that if we do this, this and that then, whatever it is, will come about - and sure enough it does.

Everything boils down to belief. It's why a faith healer or a trip to Lourdes may well work.

Sometimes we have to dream the impossible - because it isn't really so. We are simply bogged down by centuries of being told certain things by religions, parents, traditions and so on. These 'beliefs' become ingrained and difficult to remove. We are told we will die at, say 80, that our body will decline at, say, 60. Our memories will start to fade and ... etc. etc.

I believe, however, that we are on the cusp. Gradually things will alter, a new set of beliefs will emerge and wonderful, unbelievable things will become believable and therefore commonplace.

It will all be the result of Belief Programming and the ways in which we go about strengthening and developing our own personal belief systems. It's up to us what props we use: magic, ceremonies, visualisation, meditation, observing and acting upon coincidences and synchronicities plus dozens and dozens of other alternatives.

There could be exciting times ahead.

Email ThisBlogThis!Share to TwitterShare to FacebookShare to Pinterest
Labels: Belief