The Bizarre Coincidence Of Names And Dates 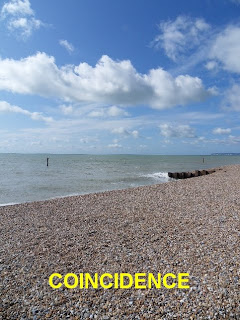 This is another re-post from the early days of 67 Not Out
- and a time when there weren't too many readers. So, most likely, more recent subscribers and visitors won't have read this previously.

My wife and I try to take as many holiday breaks throughout the year - abroad and in England - as we can. This coincidence happened on one such break to Devon and is quickly explained.

By chance I noticed the sticker on the side of the television. It had been checked by 'Mike Perry' - which just happens to be my name. That was a big coincidence in itself but there is more! The date when it had to be next checked was July 23rd - which also happens to be my birthday. I looked at a few more of the electrical items and they were all the same.

I'm not sure what these coincidences indicate but they impressed me at the time! Maybe it was just to indicate that I was in the right place at the right time.