A Cluster Of Small Coincidences 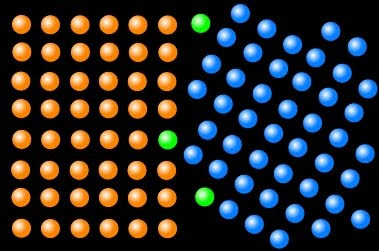 In my post on Wednesday I was talking about clusters of coincidences and then yesterday (Thursday) I had a run of a few small coincidences myself. Odd how this sort of thing happens - it's almost a coincidence!

Our son, his wife and their 11 week old son have gone away on a belated honeymoon. We didn't have any idea of how long it would take to get to their destination. My wife said to me, "I wonder when they will arrive?"

As soon as she had finished her sentence the phone rang. It was our son saying, "Hello dad, we've just arrived."

Now that's how quickly all questions should be answered! And many are.

We had to go to the supermarket for a big shop. I usually wander off to look at the CDs and stuff while my wife fills up the trolley with essentials. I was in a world of my own thinking about something that had happened the previous week and how, out of the blue, the problem was solved. I thought to myself, "Strange how that all worked out so well, wonder how that happened?"

A voice said, "It was divine intervention." It was just like someone was answering the question in my mind. It actually turned out to be an elderly women relating a story to a friend. But, for me, she was answering my question too.

That morning, when the post arrived, there were letters for both myself and my wife from banks, both with new PIN numbers for credit / debit cards. I asked my wife what her four digit number was. Incredibly it was exactly the same as the one I had received. And this was virtually the same thing that had happened to Tom in the last post which included 67 Not Out Readers Coincidence Stories.

I was thinking (I seem to do a lot of that!) about something that Nancy had written as a comment on a blog post about UFO's. She wrote, "... I think they (UFOs) are around quite often and for some reason they are not always visible to everyone."

So why can't everyone see UFOs?

That evening I picked up an old book about Uri Geller

by Andrija Puharich, opened it up at rendom to page 248. This was a supposed conversation with an alien called Hoova about UFO/Alien visits. This is what Hoova is quoted as saying, after being asked if space visitations were from his 'group':

"Most of these reports by humans (about UFOs) are due to hallucinations and aberrations. But some units have landed. But most of the reported landings have been other visitors from space - some of whom we do not see. They are of different vibrations different spaces, different velocities. We are the only ones who are mostly here. The other visitors come and go. We stay.

So seeing UFOs is all down to the old favourite: vibrations.

Okay, so there we have a cluster of small coincidences. It seems definitely true to me that once we start thinking about, or talking about, something important to us coincidences (and answers) follow.