A Coincidence Of The Devil 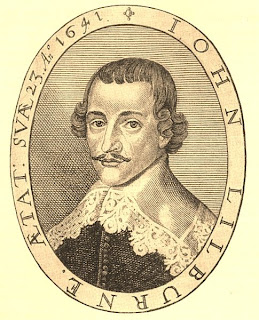 Actor Tom Goodman-Hill auditioned for and got the role of John Lilburne in UK Channel 4 television's The Devil's Whore.

John Lilburne, also known as Freeborn John, was an English political agitator before, during and after the English Civil Wars of 1642 to 1650. The 'Freeborn' part of his often quoted name was because he coined the term 'Freeborn Rights' - these were rights which he believed every human being is born with.

Now the interesting bit to all of this is that it turns out that, by coincidence, actor Tom Goodman-Hall is a direct descendant of John Lilburne. He was, therefore, acting out his relatives life nearly 400 years later.

He added, "Playing one of my relatives made it more exciting but harder because I wanted to do John justice. I'm proud to be have been part of it."

It seems we are all linked to our past and sometimes these links can intermingle with our present lives - often for a reason.