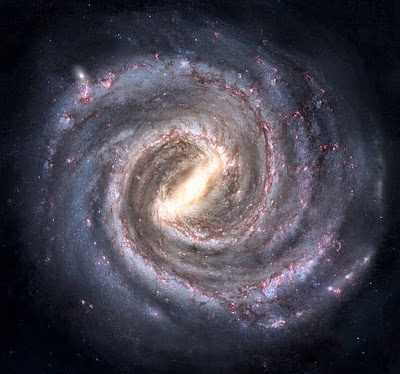 Here we all are on earth speeding around the sun, on what is basically a rock, at about 67000 miles per hour, while also doing a bit of a twirl. We look out into the sky and see thousands, okay millions or billions, of stars. If that doesn't stir our imagination then nothing will. What the heck is it all about?

Though many of us will disagree the scientists will say that our lives are but the blink of an eye and, once over, gone forever.

Professor Brian Cox tells us why this is. It's down to the 'Second Law Of Thermodynamics'. His words: "If you want to process information, if your brain wants to work, then you need an energy source. We put energy in by eating things. When you are alive everything works. When you die it's like pulling a plug out of the wall. The law says that everything tends to disorder."

The good professor also quotes 'The Law Of Conservation Of Energy', which is also known as the 'First Law Of Thermodynamics': "This states that energy can never be destroyed or created, I like to think of it as the reason why ghosts don't exist - this prevents 'spirits' leaving the body and floating round without any source of energy."

Okay we may disagree with him, but Professor Cox is an interesting chap. He used to play keyboards for the pop group D:Ream in the 90s. They had a number one single in the UK with Things Can Only Get Better. Since then he has moved on to a completely different life and has recently been working on the Large Hadron Collider.

He believes we will find microbes on Mars within the next 15 years, though they might not be similar to those found on earth. He says, "If it turns out that (life on Mars) evolved separately, and is very different, then I think that will be huge; probably the biggest discovery in human history. I do expect that will be the case."

As for the possibility of actual aliens he said, "You would think there must be ... because there are so many planetary systems and there has been so much time, then even if just one other civilisation has arisen, say a million years before us, the evidence should be there to see, it should be all over the place ... But we've looked and there's no evidence. I honestly don't understand it."

The good thing is that there is plenty of time left for the universe to reveal it's secrets. It will be around for many, many years: a number written as ten followed by 100 noughts. Unless, that is, we find that time isn't exactly what scientists think it to be.

The universe has been around for 11 billion years, it would be nice to know what it's all about before our eyes blink shut forever, as scientists predict they will.

Further Reading:
Mystery Of The Cannibals Of Cheddar Cave
The Ancients Secret Transmitters Of Energy
The Cornish Mystery Of Trevethy Quoit Stones