Black Elk On Peace And At The Door Of Death

Today we have a couple of the sayings and experiences of Black Elk. He was a famous Wichasha Wakan or Medicine Man of the Oglala Lakota (Sioux) and was said to have been at the Battle of Little Big Horn in 1876. He writes about Peace and a Near Death Experience. 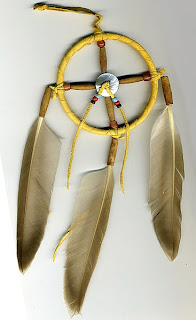 As a child Black Elk was very sick and near to death. He had a vision, Sioux style, which today we would no doubt describe as a Near Death Experience, NDE.

The following is what he saw at his point of near death: 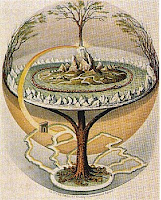 "Then I was standing on the highest mountain of them all , and round about beneath me was the whole hoop of the world. And while I stood there I saw more than I can tell and I understood more than I saw; for I was seeing in a sacred manner the shapes of all things in the spirit, and the shape of all shapes as they must live together like one being. And I saw that the sacred hoop of my people was one of many hoops that made one circle, wide as daylight and as starlight, and in the center grew one mighty flowering tree to shelter all the children of one mother and one father. And I saw that it was holy.

I saw ahead the rainbow flaming above the tepee of the Six Grandfathers, built and roofed with cloud and sewed with thongs of lightning; and underneath it were all the wings of the air and under them the animals and men. All these were rejoicing, and thunder was like happy laughter.

As I rode in through the rainbow door, there were cheering voices from all over the universe, and I saw the Six Grandfathers sitting in a row, with their arms held toward me and their hands, palms out; and behind them in the cloud were faces thronging, without number, of the people yet to be."

I find it interesting with NDEs how they are sometimes tailored to the beliefs and perhaps upbringing of the person concerned. It's good to see things from a different perspective.

A Peace Perspective Dalai Lama Style:
The Simple Secret Of The Way To World Peace