The Mystery Of The Cornish Roche Rock And Hermitage

Roche Rock and Chapel or Hermitage 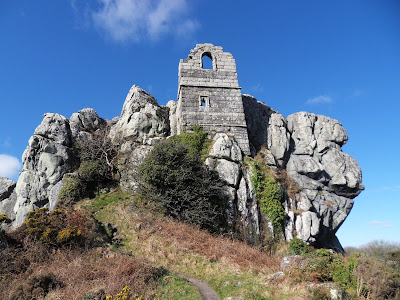 As the shadows fall on Roche Rock, and it's tiny chapel, the wind howls over the heathland. It's not a place for the faint hearted. The ghost of an old tin miner casts his shadow with no earthly presence to be seen.

Luckily, when I made a visit to Roche Rock this week, there was blue sky and the late winter sun was warming and took away much of the unseen dangers.

Roche Rock is about seven or eight miles from where I live in Cornwall, England. Myths and stories surround this ancient monument. 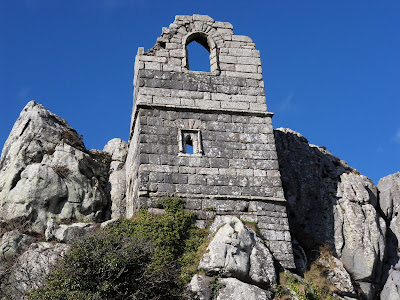 From the photos you will be able to see that a small chapel or hermitage had been built on the natural rocks. Many infer that these are granite but in fact they are made of grey quartz and black tourmaline. They are very tough and have supported the remains of the chapel since the 1400s. The rocks themselves were created some 270 million years ago. 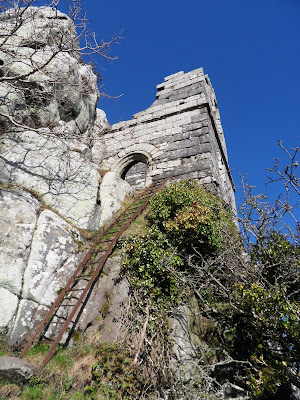 The chapel was dedicated to St Michael in 1409 but the feel of the area is that the rocks may well have been used for sacred or religious ceremonies going back thousands of years.


A second metal ladder leads to the top of the chapel 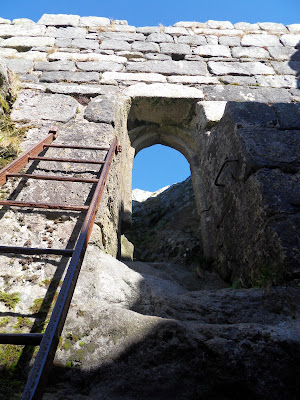 In truth the origins of the chapel aren't known for sure. One of the legends goes back to the days of King Arthur and the Knights of the Round Table. 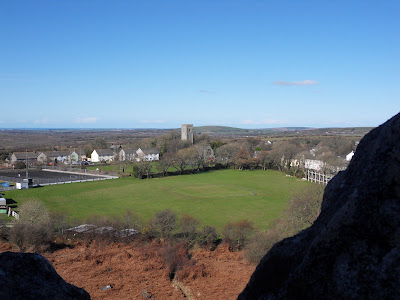 The story is that Tristran (or Tristram), a nephew of King Mark, was sent off to Ireland to fetch the King's bride to be, Iseult. Somehow the couple accidentally sipped a love potion together - well, it's easily done - and the two fell hopelessly in love. Needless to say, this made them none too popular with King Mark. The lovers took refuge in Roche Rock's chapel, which may have been a hermitage at the time.


Inside the Roche Rock chapel 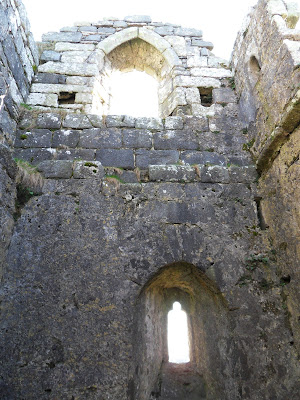 Another story is that the Celtic saint, St. Conan, took refuge here to commune with his God. He must have done a good job as he became one of the first Bishops of Cornwall. He left the Rock to install himself at St. Michael's Mount, a small island off Cornwall.


Roche Rock and heathland in late Winter.
Heathland full of ferns and plants from Spring. 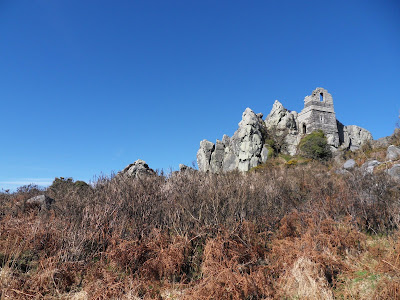 And there's more! There's the tale of Gundred whose father was a leper. As such he kept himself away from the local society by living in the chapel. Gundred tended his needs and bathed him in a Holy Well over a mile from Roche Rock, this became known as St Gundred's well.

In 1584 Norden wrote the following description of Roche Rock and it's chapel. The spelling is in the 'olde English' style of the period:

"A verie high, steepe and craggie rocke, upon the top whereof is placed a cell or hermitage, the walls whereof are partly wrowghte, and that with great labour, out of obdurate rock.

It standeth upon the wylde Moares, farr from common societie, fitteste for suche votaries ..."

There used to be a track or path leading from Roche Rock to the church of St Gomondas in Roche village. 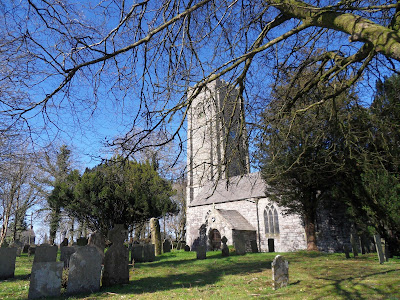 The 'official' line about Roche Rock is simply:"It has two storeys - the chapel above and a room below. The chapel is a time capsule from 1409. But it's been a ruin for at least 250 years. That much we know. Beyond those facts it's all myth and legend. Did someone - a man or woman - cut themselves off from society? Were they sick, maybe a leper? When there's a gale can you can hear the giant Tregeagle howling round the rock?"