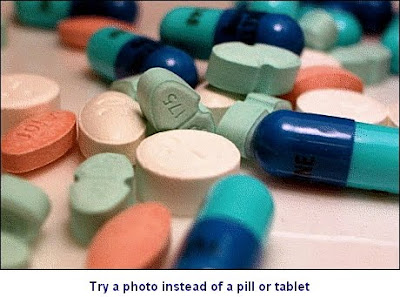 Our friendly scientists have been at work and this time they may well have got it right. According to their research looking at a photograph of a loved one can soothe pain, just as efficiently as the aforementioned tablets.

A picture of a spouse or partner actually dulls activity in the pain processing areas of the brain. And it does this as efficiently as painkillers, narcotics such as cocaine, or physical contact with a loved one.

Volunteers had varying levels of heat applied to their skin while they focused on photos of their partners. Scans were taken of their brains while all of this was going on.

Neuro-scientist, Jarred Younger, found that on average pain was reduced by between 36 and 44 per cent. Intense discomfort was eased by 13%.

The scientist explained: "It appears to involve more primitive aspects of the brain, activating deep structures that may block pain at a spinal level - similar to how opioid analgesics work. You don't have to just rely on drugs for pain relief."

In a different study 25 women, with long term boyfriends, were subjected to different levels of pain while they held their man's hand. It was found that looking at a photo of their boyfriend provided as much pain relief as physically holding his hand.

So there you go, grab a photo of someone you love to soothe a pain. No doubt paracetamol manufacturers won't be publicising this!

Further Reading:
How Rituals Combined With Action Can Cure Illness
Woman Walks After 23 Years Through Spiritual Healing
The Night Demon Sitting On Your Chest