The Bizarre UFO Mystery And a Man Found Dead 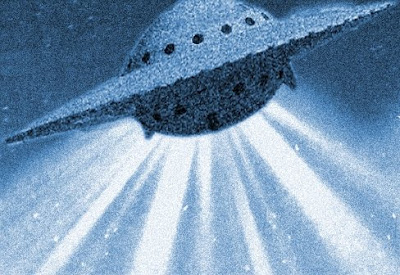 A bizarre true UFO story with a touch of coincidence involving a policeman.

May, North of England:

A coal miner, Zigmund Adamski - a Polish exile - sets off to the local shop for some provisions. The shop is only about 60 feet from his home but somehow he managed to disappear.

Those who knew him felt this wouldn't have been intentional. He was a quiet man committed to his wife Lotte, who was confined to a wheelchair.

Five days later Adamski's body was found on the top of a coal tip, in a coal yard at Todmorden 20 miles from his home. The police have no idea where he had been or what had happened to him. There were many puzzling questions:

(1) How could he have got to the top of the tip? The smooth sides proved that no one could have climbed up without disturbing the coal.

(2) Why was he half naked? His shirt was missing and his trousers were torn to shreds.

(3) How come his body was spotlessly clean? This was despite the dirty surroundings.

(4) How could he disappear for five days without someone locally seeing him?

There are no real answers but the first police constable on the scene, PC Alan Godfrey, believes he saw a 'flying saucer' just prior to the body being found!

PC Godfrey described the UFO as being the size of a bus and was hovering about five feet from the ground. He went on to say that the bottom half of the vehicle was spinning and he could see windows in a dome at the top.

When asked why he didn't report this immediately to his Police HQ his answer was that his radio wouldn't function and he didn't want to be ridiculed by other officers. He only reported the UFO after the body was found.

Rumours spread through the neighbourhood of creatures from outer space. These weren't helped by the coroner's findings. Adamski was shown to have died from a heart attack but parts of his corpse had been burned by some unidentifiable corrosive substance. Also found on his skin was a strange ointment that appeared to have been used on Zigmund's burns. This could not be identified by forensic scientists.

At the Inquest on the death of Zygmund Adamski, Mr James Turnbull the coroner stated, "This is quite the most mysterious death I have ever investigated. As a coroner I cannot speculate. But I must admit that if I were walking over Ilkley Moor tomorrow and a UFO came down, I would not be surprised. I might be terrified but not surprised."

But this isn't the end of the mystery, lets move forward six months.

Police Constable Alan Godfrey, the policeman mentioned above, was driving in his police car through the countryside following reports of stray cattle. It was in the early hours of the morning when he saw before what appeared to be a large vehicle on the road.

It wasn't, however, a normal vehicle but a large dome-shaped object hovering over the road. PC Godfrey tried to get help but again his radio and phone both failed to work.

He later had hypnosis regression back to the time of the incident. It appears that Godfrey was taken on board the UFO, or whatever it was, and was subjected to, what he described as, a medical examination.

For Alan Godfrey (photo left) this was a turning point in his life. He left the police force and took up a new role as a speaker at charity fundraising events. He said of his experiences:

"I wish I'd never seen the UFO, particularly because of the effects on my children. It wasn't easy for them having a policeman as a father but when he's a policeman who saw a UFO its even worse."

Footnote: The mystery remains but there have been many claimed UFO sightings in the Pennine Hills around Todmorden. It is regarded as one of Britain’s UFO hotspots.