The Coincidence During The Battle Of Crete

German soldiers pause before the graves of their fallen comrades 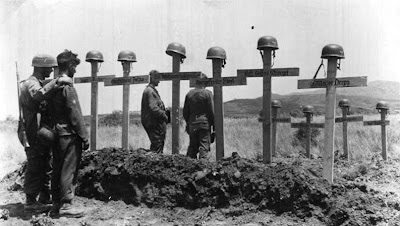 WW2 People's War is an online archive of wartime memories contributed by members of the public and gathered by the BBC. The archive can be found here. This is one of the true stories that tell of a coincidence featuring A.E. Grogan.

"In 1934 at school to improve my German, I was given a pen friend - Hans Müller from Stuttgart. He wrote in English, I replied in German. When we left our respective schools we lost touch.

In World War II, I was in the Battle of Crete (May 1941). Having blown our heavy guns to pieces in the evacuation of Greece, I was on Crete as a "spare body". I was detailed to guard some paratroopers we had caught and tied to individual trees. They all spoke perfect English, and incredibly one of them was Hans Müller.

I tried to contact him after the war through the Red Cross at Stuttgart, but was told it was impossible as "Müller" was a common German name like our Smith, Brown or Jones.

It was an amazing coincidence and I always regret that I was never able to subsequently re-establish contact, but it wasn't to be."

This story came to my attention because I am currently travelling in Crete, another coincidence or synchronicity perhaps. I think it illustrates the sadness of war as individual soldiers could well have been friends - if they weren't, that is, enemies and under orders.

German paratroopers landing on Crete in 1941 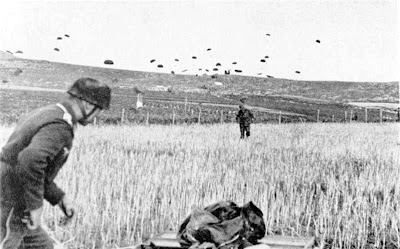 Map showing German assault on Crete in May 1941 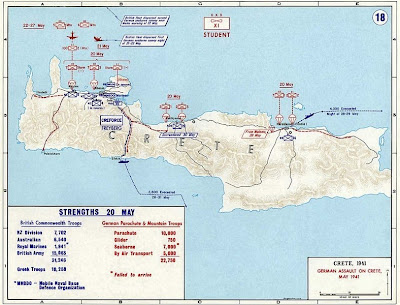