The Coincidence Of The Mumbai Meeting 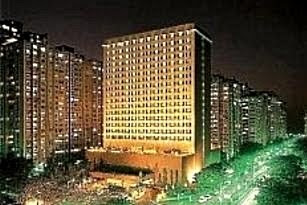 The coincidence experience of Khushwant Singh.

A few years back Mr.Singh was staying at the Hotel President in Mumbai (previously Bombay) and was lucky enough to get a room on the top floor. From here he had a magnificent view of the coastline and surrounding area.

In the afternoon he set off to go to the hotel's bookshop, which is on the ground floor. As he did so he met two elderly European women outside of his room.

He asked them if he could help in any way. They said they were looking for stairs to the roof so that they could take in the view. As he didn't know if there were any such stairs he invited them into his room so they could see the coastline.

After they had taken in the view they got chatting to each other. This is how Mr.Singh said the conversation went:

"Where are you from?" he asked.

"A new town named Welwyn Garden City. Have you heard of it?"

"I'll be damned," he exploded, "I lived there for three years when studying law in London."

"Were you a member of the Delcott Tennis Club?"

"I was," he answered, "I spent most of my summer evenings playing tennis there."

"Would your name be Mr Singh?" they asked

"I played tennis with you many evenings," one of the ladies answered.

Mr. Singh wrote in the Deccan Herald: "It was more than a coincidence that they should have been in the same hotel and in the corridor outside my door just at the time I came out of my room. I can’t help feeling that there must be a hidden hand which wanted me to know that there is more behind such encounters than we know."

Don't think I can argue with what Mr.Singh writes.