A White Feather From Her Daughter

I hadn't intended returning to the subject of the meaning of white feathers again so soon as I felt that Saturday's post The Meaning Of White Feathers As Messages From The Dead said it all. However the following story touched me greatly and I thank Penny for sending this to me. 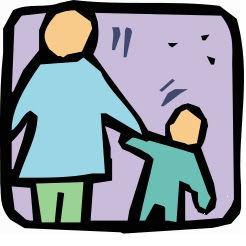 "Thank you for your posts on white feathers it was good to read something that confirmed my own beliefs.

Two years ago I tragically lost my daughter who was ten years old. I won't go into details about this but it was a very stressful and heart breaking time.

It very nearly broke up the relationship between my husband and myself, it was a dreadful time. What kept us together was the fact that we also had another daughter who was just four years old. We had to do our very best for her and I'm glad to say that our relationship survived.

I was very strong on the outside but inside I was a mess. Just before the funeral for our daughter I went for a walk with our four year old. She was skipping along quite happily while holding my hand. My own head was full of our loss.

Our little one looked at me and said, "Don't be sad. Here's a present for you," and she handed me a beautiful white father. I had no idea where she had picked this up from.

I asked her where she found the feather. She looked up and said, "It's from Sis."

"How do you mean?" I asked but she shrugged her shoulders so I didn't press her.

After the funeral she was playing in the back garden and when she came indoors she was carrying another white feather. She said this was for me and daddy from Sis - meaning her sister, she always called her that.

My husband is a very practical man but when I told him about the feathers tears ran down his face. He said the feathers were from our oldest daughter to say she was alright. He then told me how the day before he found a feather outside of his office where he worked and he had kept this in his drawer.

Following this for several months we often found white feathers. This was seven years ago. Her birthday was on Saturday the 2nd of July which was the day you published your blog post on the subject. The three of us were out together earlier that day and we found a white feather by our front garden gate.

You were right when you wrote that our loved ones are always with us."

Penny allowed me to edit her story slightly - Mike.