A Unique Contribution Walking Down The Beach 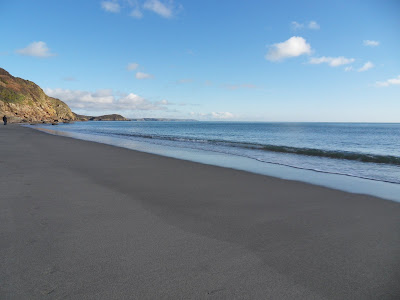 Gosh, I don't know how many years ago it must have been, but a girlfriend and I used to read the poems of Rod McKuen

. We even went to see him when he visited Bournemouth in England. A lot has happened since those days but I still have nine of his books sleeping on my bookcase today. I rarely wake them now, it's a whole different era and mindset.

Here's one of his not so well known works that suggests we should all make a unique contribution to life. Yea, man ... cool

Once I thought
ideas were exceptions
not the rule.
That is not so
they are so plentiful
that they ride by
on air.
You've only to reach out
and snatch one
from the mist
or from nowhere

This being so
is it too much to ask
that each man in his lifetime
makes a single contribution,
both unique and useful,
that no man walking down to the beach
has handed us before?

Why not pay back
our birth bill
by adding an idea
even two or six
to the many given us
without condition
or a price?