The Fortune Teller And The Red Headed Woman 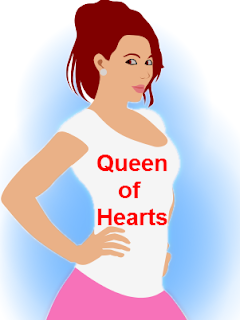 Trevor was in a part-time pop group and one night, after band practice, they had been having a quiet drink when their singer asked if he could tell the band's fortunes, using a pack of playing cards.

After he had done his bit Trevor asked him to explain the meaning of the cards.

The next day at lunch, at his full time job, some of the men had been playing cards. When they had finished Trevor asked one of the players if he could tell his fortune using the cards, just for fun. He agreed. In Trevor's words:

"I laid out the one, two, three pyramid of cards; at the top the ace of hearts and, just below, the four of hearts and the queen of hearts.

I interpreted the ace as marriage or ring card, the four as four weeks, and the queen as a red-headed woman. I told the chap he was going to get married to a red-headed woman in a month's time. He said nothing and made his way back to work.

Not long afterwards he came to me and asked if anybody had told me anything about him.

I told him no, they hadn't. He said that he'd never believed in fortune-telling, but that had changed his mind.

He said that he was getting married in a month's time to a red-headed woman, but didn't want his workmates to know because he didn't want to invite them to the wedding."

Not wanting to miss an opportunity Trevor asked if his band could play at the wedding. This necessitated meeting the man's fiancee, but he never got the gig.

Trevor also writes: "Over the following couple of years I made a series of predictions; mostly of plane crashes and one officially recorded crash landing at Heathrow airport. All coincidences, of course."

Okay, Trevor makes light of it, but fortune-telling, or clairvoyance may well be a matter of practice and 'having a go.' Mind you, in saying that Clairvoyants Just Can't Read Me personally.

Email ThisBlogThis!Share to TwitterShare to FacebookShare to Pinterest
Labels: Clairvoyance