Hippy Heaven On Ibiza Lives On 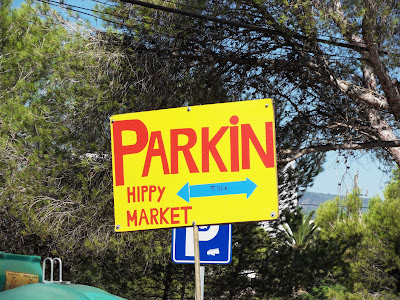 As I mentioned in yesterday's post Ibiza was 'invaded' by the hippies in the 1960s but actually this wasn't the start of the modern 'invasions'. These began in the 1950s with the Beatniks - if anyone remembers them, that is. 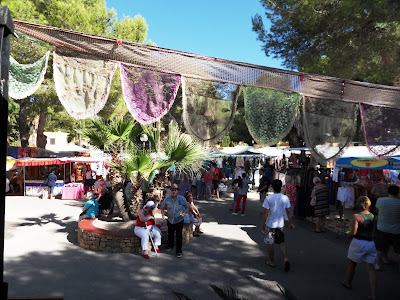 The island became known for it's free-thinking, liberal lifestyles and attracted artists, writers, musicians and those with a more relaxed way of life. 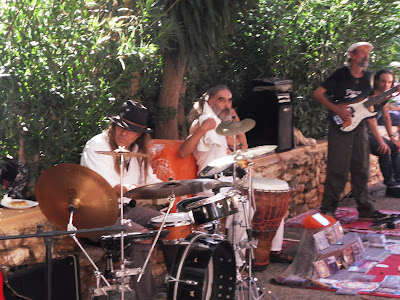 Following tourism being made available for the masses in the 1960s the hippies, or peluts (hairies) as the locals called them, flooded to Ibiza. The likes of Bob Dylan and Joni Mitchell joined in the fun along with New Agers. 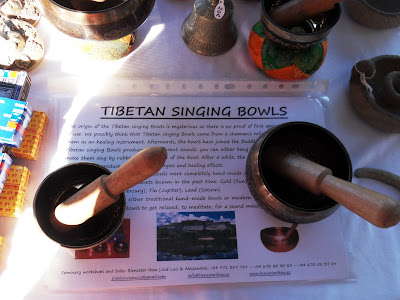 Whereas the Hippy lifestyle gradually lost it's appeal in most parts of the world it still lives on in Ibiza. Some of the original 1960s Hippies remain. 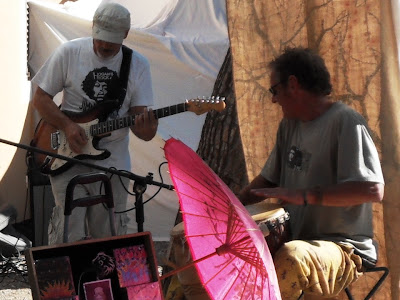 While we were on the island we went to one of the Hippy Markets at Es Cana. It's an all day event from 10am to 7pm. There's music and street performers but mainly it's the stalls that attract the crowds selling interesting styles of jewellery, clothes and New Age bits and pieces. 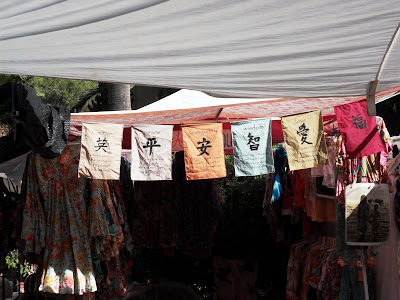 I snapped the photos included on this post at the Hippy Market. 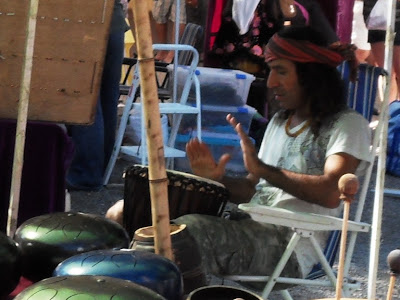 And there's always the street performers who like to show off ... he's for real but somehow stays in the same uncomfortable position ... and if you put a coin in his pot he smiles. 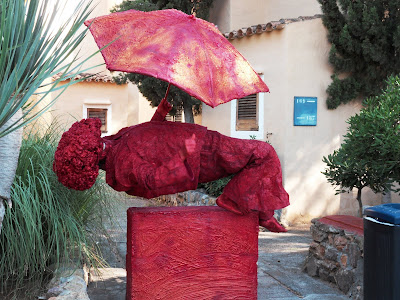