Ibiza Old Town And A God Who Strangled Snakes 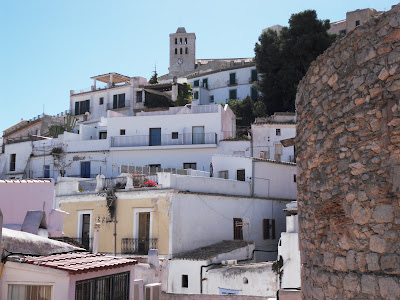 As I wrote in my post yesterday I have just returned from a holiday in Ibiza, and what an interesting place it is - especially the Ibiza old town.

The history goes back some 3000 years and the Phoenicians, Romans, Vandals, and the Moors have all played their part and added to the culture. Then there was another invasion in the 1960s by the Hippies - but more about them another day. 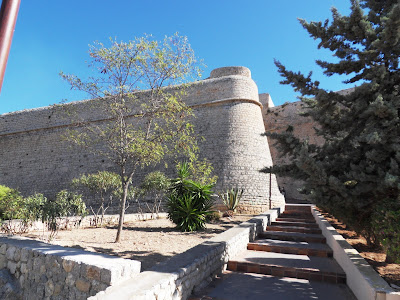 Ibiza Old Town, known locally as Vila d'Eivissa or simply Eivissa, is a town within a town surrounded by walls and battlements originally to protect the inhabitants from the threat of pirates. 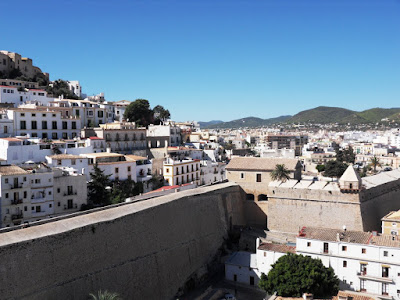 Though the history goes back much, much further the walls, or fortress, was built around 1554 by King Felipe II. It's on a hill so there are magnificent views over the harbour, sea and surrounding area. The walls were so strongly built that they are one of the only fortifications with the complete original structure still in place within Europe. 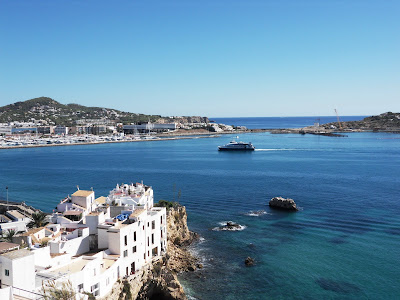 It is believed that the first Ibiza Town was created by the Carthaginians around 654 BC, which would make this one of the earliest towns in Europe.

The first known name for the island was Ibosim and came about because the Phoenicians worshipped a god called Bes. Ibosim translates as the island of Bes.

Bes seems an interesting enough god as he protected men from evil spirits and had the power to strangle snakes with his bare hands. He was also interested in music and dancing. His influence lives on as there are no poisonous snakes on the island and Ibiza is full of music and dancing. So he must be for real! 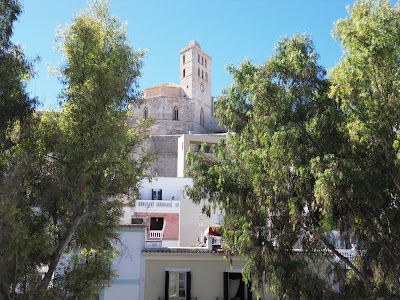 At the very top of Ibiza Old Town, or Dalt Vila, is the 14th century cathedral of Santa Maria d'Eivissa. 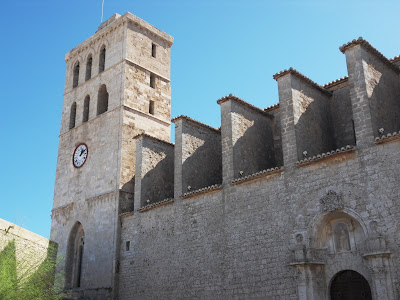 Inside the cathedral it's pretty much standard, as can be seen from the two photos below. 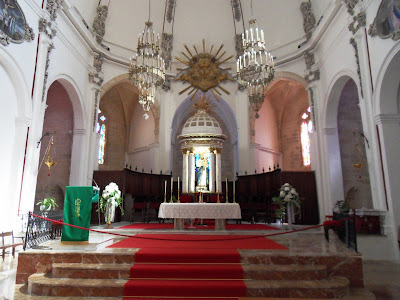 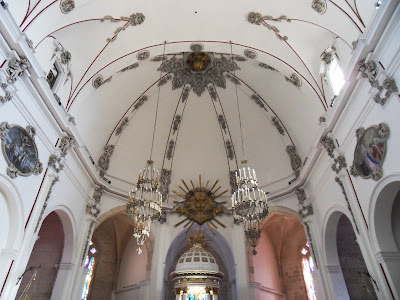 To reach the cathedral there are underground tunnels or walkways ... 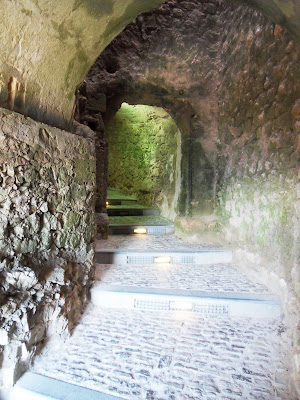 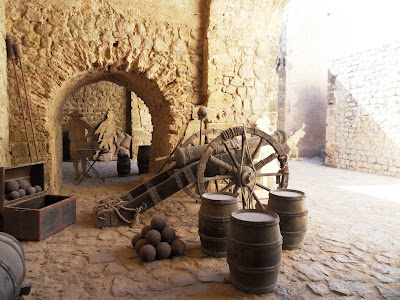 The houses within the Ibiza Old Town walls, and on cobbled streets, are full of flowers and character ... 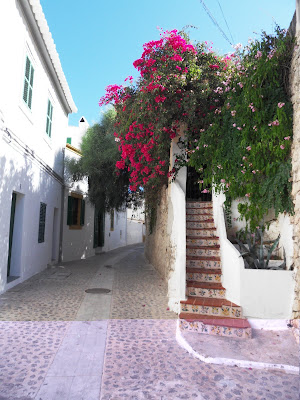 ... and a final view looking out over the harbour and to the new town. 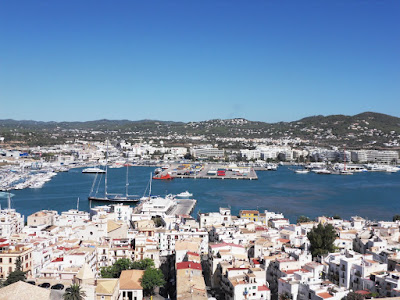 More On Ibiza:
A Run Of Ibiza Coincidences