The Power Of Love To Cure 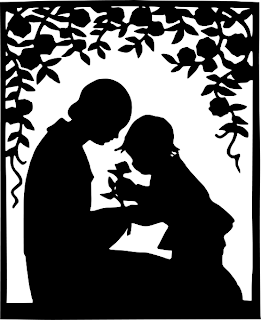 I have always believed that all things are possible. This doesn't mean I have personally achieved everything I have wished. Far from it, but I do feel I could have - if only I'd maybe had enough belief or brought other factors into play.

What put me on this track today was the story of Laura Binder who was diagnosed with breast cancer, had a mastectomy, and then found it had spread to her liver.

She was told by doctors in February of this year that they could not cure the cancer but would try and control it. Laura said, "I was so scared that I was going to die and leave my daughters without a mother."

Things were certainly looking grim but the cancer hadn't reckoned with Laura's nine year old daughter. Children don't know about the limitations that we adults put on ourselves.

Every day for over seven months Linzi wrote to her mother urging her to get better and not to give up the fight.

She wrote messages such as, 'You are like the centre of a rose and you smell just like a beautiful red one. You can fight cancer. You can fight it. I love you'

'I want your cancer to sail away mum, in a boat.'

Laura said of her daughter, Linzi refused to give up on me and wrote these wonderful letters every day. She was determined that I wasn't going to die and that I would get better.

So I took lots of photos of the children (she also has a two year old) and we went on lots of outings. I was desperate to spend as much time with them as I had left.

Linzi's letters brightened her mother's days as she lost her hair through chemotherapy and felt exhausted from the treatments. Laura said, "But her letters gave me strength to fight on."

Then a miracle happened.

At the end of September Laura went for a scan and fully expected to hear that the cancer had spread further - but it hadn't. The doctors were amazed: the scan revealed no trace of any tumours.

In Laura's words, "I just couldn't speak. I was in complete shock. To be told there was nothing that could be done for me and then finding out the cancer had completely gone was just incredible. The doctor just said to me that I was a miracle.

Laura credits Linzi with helping her win the battle over the disease. The doctors can't can't explain why the cancer disappeared.

Linzi sent one last letter to her mother:

'Congratulations! All your cancer is gone. I love you!'

A spokesman for Cancer Research UK said, The love from a daughter is a strong powerful thing. Positive thinking provides an incentive to get better. It's amazing how things like this can happen and there is no explanation for it."

No explanation? What about love - the most powerful of powers.

All things are possible.