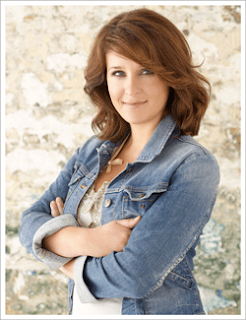 A romantic coincidence style story today about Alison Cork who is the founder of the website Homes & Bargains.
Alison was feeling a bit down one Sunday. She was 34 at the time and was without a man in her life so decided to phone her friend Anne to cheer her up.

Alison writes, "I ... was surprised to hear a man's voice answer. Anne didn't have a boyfriend or live with anyone, so I must have dialled the wrong number. 'Well whoever you are,' I said flippantly, 'you're not my girlfriend.'

'Would I do instead.' the voice enquired. 'No,' I laughed. 'I wanted a girly chat and blokes aren't very good at that.' ... for some reason I jotted down the number I had accidentally dialled before hanging up."

After the call had ended Alison felt 'a strong desire to call him back' - and this is what she did!

She chatted to the man, she found out was called Efi, for about half an hour. He asked if she would call him again - and, again, this is what she did.

Alison and Efi started speaking to each other at least once a day on the phone. After three weeks he asked her the obvious question: could they meet up?

Alison agreed to meet him at his office, which sounds like a sensible precaution.

Get ready for the violins!

Alison said, "I looked up, because he was very tall, and found lovely brown eyes and, in spite of myself, was pleased to find he looked exactly as his voice sounded."

After just two dates Alison had fallen in love with Efi and on the third date he proposed. She told him that she couldn't answer him right away but they carried on dating.

The good news is that they did get married, in Israel, and now have two sons aged ten and seven.

The final word from Alison: "I often think how strange it was that I should have accidentally called an office on a Sunday and my future husband answered the phone. I don't believe in fate - but I do believe that life is full of many possibilities and that you should keep your mind open to them all."