The Dead And The Dying Are Trying To Contact Us 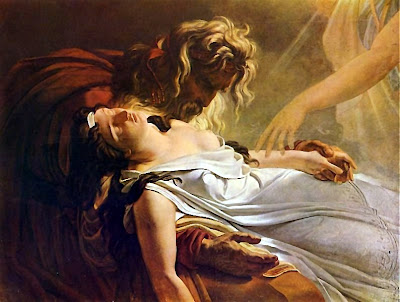 Annie Cap was raised in Oregon, USA but moved to England thirteen years ago and now lives in Canterbury with her husband. One of the problems about moving so far away from home is that parents get older and you tend to worry about them, especially if they are known to be in ill health.  This is Annie's experience.

As if without warning Annie started to cough and felt herself battling for breath. She says, "I'd never experienced anything like this before. I felt like I had a blockage in my airways and I couldn't take in air. It was a horrible sensation."

A sixth sense, or something similar, seemed to kick in and she knew she had to contact the hospital where her mother had recently been taken.  She called the number in the USA and requested that she be put through to her mother's room.

Annie continues, "My sister answered the phone and was stunned to hear my voice.  She and the rest of my family were just about to call me to tell me my mother was dying.

She had been coughing and fighting for breath for the last half-an-hour.  My sister put the telephone to my mother's ear so I was able to tell her I loved her and it was okay, she could let go. She took her last breath as the phone was being held to her head."

This immediately raises the possibility that perhaps there was some form of telepathic link between Annie and her mother.

Annie has concluded, "To me there is no doubt that Mum was deliberately reaching out to me across the miles. She wanted to say goodbye, and this was her way."

After her mother's death Annie had some strange sensations. "I had this extraordinarily profound conviction that my mum was back with me.  In the the darkest moments of my grief, I had this distinct sensation of her stroking my hair to comfort me, just as she used to do when I was a child.

I started to find hair pins, of the kind my mother used to wear dotted around the house.  They would be at random places - by the coffee-maker, on the sofa.  My husband noticed them too.  I had very short hair and didn't use anything like that, so it was hugely odd.

My mother was a smoker and I woke up in the morning to the smell of cigarettes even though our house was totally smoke free."

Experiences such as these are often found or sensed after losing loved ones. I have written several times of how my wife and I found white feathers after the deaths of our daughter, my mother and my best friend.  There are also other such examples in the excellent book, Synchronicity and the Other Side,

by my blogging friends Trish and Rob MacGregor

Many people will be sceptical about such things and to a degree this is often only believed following personal experience. In Trish and Rob's book they suggest ways to reconnect with those who have passed on to the other side.

I personally believe that our loved ones live on and are sometimes with us.  They leave us little clues or messages that we can easily write off as common or garden coincidences. I have written about how, after my dad died, I was wondering what he would be thinking of my son if he could see him now. I went to my wardrobe for something and a bag fell out which held a few of my dad's possessions. This included his watch which I noticed had stopped at 3.20. This was the exact time my son had been born (see here).

The messages are there if we look, listen and believe.

Further Reading:
The Meaning Of White Feathers As Messages From The Dead
The Bird Angel Who Comforts As Someone Dies
The Unusual Contact With Her Dead Mother

Email ThisBlogThis!Share to TwitterShare to FacebookShare to Pinterest
Labels: Ghosts and Dead People, Life After Death, Messages from the dead, White Feathers and Angels