Our Names May Influence What Jobs We Choose 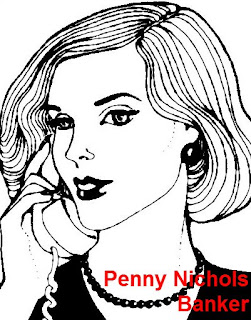 Strange isn't it how some peoples' names suit their jobs?  A funny example is Willie Power who just happens to be the IT Leader for the Viagra manufacturers in Cork, Ireland. I also remember, at the time of the Brixton Riots in London - a predominantly black area - the government minister in charge of the police was another Willie, this time with the surname of Whitelaw.  Oh yes, and there is a female sexologist called Julia Heiman

There are, of course, lots of such examples but are the names simply coincidences?

Perhaps there is a link between a name and our destiny.  It may have been all in the stars when Lord Judge became a judge and Alan Ball became a footballer.

Nonsense? Well Carl Jung thought there may be a significance between a name and a profession.  He called it 'the compulsion of a name.'

He reckoned that a connection between a man's name and his job, or even other peculiarities, amounted to 'gross coincidence' - something beyond the realms of mere chance.

An academic paper in the Journal Of Personality And Social Psychology came up with a conclusion that a surname connected in some way to a job or career is more likely to draw you to that profession.

It appears that we are disproportionally likely to pick careers whose labels resemble our names. An example they give is dentists called Dennis or Denise.   The reason this happens is because we feel comfortable about things associated with ourselves and therefore jobs associated with our names.

People are also more likely to move to places which are reminiscent of their names.

But back to names and jobs. I recently noticed that the managing director of the dairy company Danone is Bruno Fromage and a science paper on incontinence in the British Journal of Urology was compiled by none other than D. Weedon and J.W. Splatt.

A few other names: Wolfgang Wolf was the former manager of the German football club VFL Wolfsburg; Anna Smashnova is an Israeli tennis player; Usain Bolt is a sprinting world record holder; Amelia Earhart was the aviation pioneer - her surname is pronounced air-heart; Jules Angst is a German professor of psychiatry; William Wordsworth was a poet and so the list goes on and on.

Are they all simply bog standard coincidences or is there something more to our names than we normally imagine.

On a slightly different slant. When I was young, as my first name is Michael, I was mostly known as Mick by friends and relatives. Later, at a crossroads in my life, I moved away to a different area where I had new employment. As there was already someone called Mick in the company I became Mike and in a some respects therefore became a different person. I've been Mike ever since.

As there is a doctor and a surgeon called De'ath and Brain maybe sometimes our names influence who we are or what we will become.