Was The Robin A Message From His Dead Grandmother 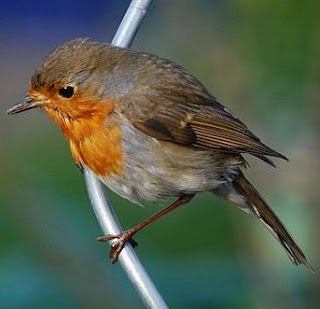 A story today from Steven from Chester that perhaps illustrates how our loved ones keep in touch after they have moved on from this world.


My grandmother, who has now passed away, was at the top of the family tree for the best part of fifty years.

In her last few years she could barely recognise her children, so knowing who her grandchildren were was a reach too far. I stopped visiting her after her 90th birthday as I wanted to remember her as she was.

I really regret never saying goodbye to her. I only realised this on the day of her funeral. The whole family, together for the first time in years, had turned out wearing something red in tribute to her favourite colour. Red socks, ties, handkerchiefs and even red hair.

After the funeral service we travelled on to the crematorium just a short drive away.  As we entered the chapel, a robin red breast was flying over by the far window. When everyone was seated, the little bird flew straight over to the minister and sat on his table.

The minister spoke to the little bird as it sat very calmly beside him before it launched into the air and flew over the congregation to perch on a shelf up in the ceiling.

With the small distraction over, grandmother's final journey got under way with a short service.  When the service was over we all stood up and began to leave.

I glanced up to the shelf to see the little bird still gazing down on everyone. Was it admiring everyone's red plumage?

Was it just a coincidence a robin had joined us for the service? I'd like to think that grandmother came to see us all one final time. So maybe I did get to say goodbye after all.