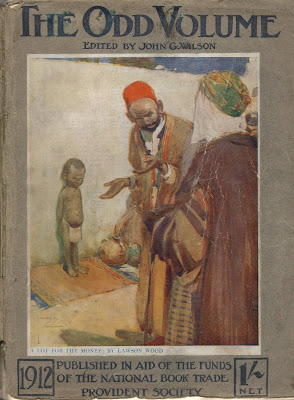 I have mentioned before that I like looking for old books at flea markets, car boot sales and so on.  One I picked up recently, The Odd Volume, was from 1912 so is exactly 100 years old. It's interesting to see the comparisons with today.

Strangely there was one subject brought up by someone on television the other night. The question was about multi-culturism in the UK and where had the 'English' gone in London.

There are similarities to a cartoon from 1912 - as per the picture below. The wording says: "WHERE ARE THE ENGLISH? Perplexed American: Say, officer, can you tell me whether there is any native quarter in this 'ere golden city?"


Humour back then was a little more gentle in 1912, though perhaps not so acceptable to the 'Softer Sex'. This is the 'joke' for the cartoon below: "The Sterner Sex: An awful affair! Fourteen lives were lost. The Softer Sex: How sad - fortunate it wasn't thirteen, thirteen is such an unlucky number". 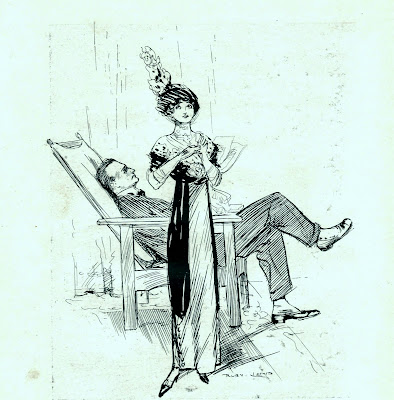 But humour also had a meaningful touch on Romance and Reality. In the cartoon below, set on the beach: Effie (reading her Fairy Tale Book) "And so she met the Prince Charming of her dreams, as all girls do. Do they mother? Did you?" Mother: "Yes, of course. I met your father." That's him in the background. I like some of the adverts. Arthur Conan Doyle had a new book out in 1912 called The Lost World. On New Year's Day on UK television a new series started about Sherlock Holmes, brought up to date and set in 2012. Holmes was, of course, a Conan Doyle creation. 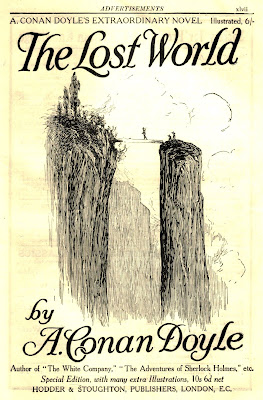 There are ads for such delights as 'Essence of Beef' for all 'Cases of Exhaustion' and a pretty girl is picking elder flowers for 'after shaving use.' 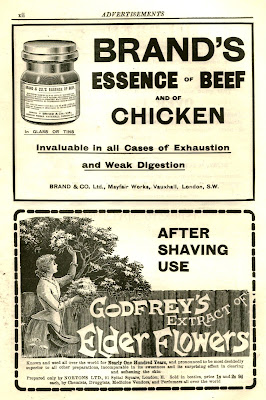 And haven't we all found the dirty need to 'Zog it Off' now and again!

Some of the pictures, like this 'Little Stranger' by Willy Pogany encapsulate the differences between 1912 and 2012 ... or there again ... 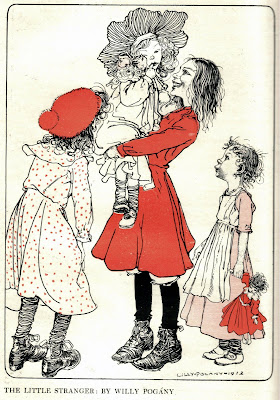 ... maybe not - as per this picture titled 'Life or The Simple Lifer', we still ponder about which path to choose today. 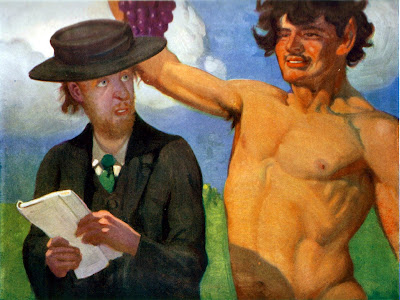