The Bad Omen Of The Crown Falling Off The Coffin 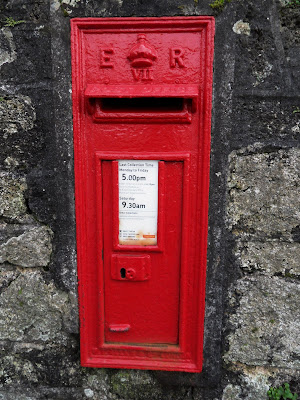 On a walk this morning I took a photo of an old Post Box, as above, because it came from the period of King Edward VII. This reminded me of a coincidence about, what would have been, King Edward VIII. Funny how the mind works at times.

There has been lots in the UK newspapers, and on television about how it has been 60 years since Queen Elizabeth II ascended to the British throne. The previous King, George VI, died on the 6th of February 1952.

When King George V died it was Edward VIII who was to be crowned the new King as heir to the throne - and at last I'm getting to the mysterious coincidence bit.

At the procession to George V's Lying in State in Westminister Hall, London the Imperial State Crown fell from the top of the coffin, crashed to the ground and rolled into the gutter. Onlookers saw this as a very bad omen.

It is also said that the new, but uncrowned, King Edward VIII also wondered if this was a bad omen for his reign as king.

The bad omen was proved to be spot on.

Before the year was out Edward was forced to abdicate the throne for the love of Mrs Wallis Simpson, a divorcee.

Kings couldn't marry such women back in those days, it was deemed to be 'morally unacceptable'. Today it seems the strict morals have disappeared, what with Prince Charles being unfaithful to Princess Diana with Camilla Parker Bowles - who he has now married. Prince Charles will still be King when Queen Elizabeth dies.

So, there we go, an old Post Box led me here. These old Boxes are still in use, the oldest going back to Queen Victoria in the late 1800s. The one below I saw in Rye in the church wall. Not sure why they interest me. Might be because I have bags and bags of postage stamps from all over the world from when I used to publish magazines worldwide. One day I'll not doubt get round to doing something with all of those postage stamps. The Boxes show the times that the mail will be collected. 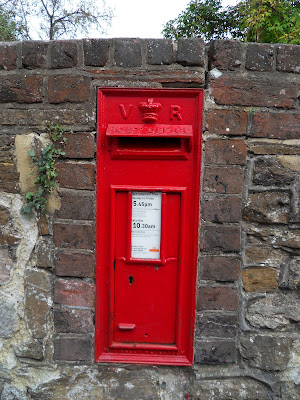