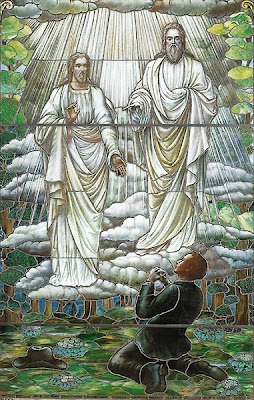 I get puzzled by many organised religions. Today it's the Mormon beliefs that I find a little strange.

I'm told that Mormons believe people who have died - and are not members of their faith - must be made Mormons to have an afterlife.

I believe we have everlasting life, but it's not only for people who follow a certain religion, cult or faith. It's for everyone, regardless. How can Mormon's believe that only they will have an afterlife? But it gets stranger still!

It seems that you/we can be converted to the Mormon faith after you/we have died and so, I presume, have an afterlife. But let's take two random people who have been posthumously baptised by them: Princess Diana and Adolf Hitler.

Princess Di okay but: Hitler lives on while that nice, average bloke next door, who wouldn't harm or hurt a fly, doesn't. That doesn't seem quite right.

Let me quote something about Hitler:

"Current IGI TM Addendum temple ordinance entries for Mr. [Adolf] Hiedler (Hitler) show that Hitler was 'baptized' by Mormons on September 30, 1993, and 'endowed' on April 27, 1994, in the Jordan River Temple, Utah. I obtained a copy of this particular record for Hitler from the LDS Family Search Center in the Joseph Smith Memorial Building in downtown Salt Lake City on July 13, 1998, less than two months before Ashton stated that no such IGI record existed for Hitler."**

Let's leave the afterlife and move on to marriage. As most probably know the Mormons were associated with polygamy, though this was banned by the church in 1890 to comply with federal laws. All well and good. The founder Joseph Smith must have got it wrong - even though he is purported to have experienced a divine revelation that polygamy was ordained by God. But it's a mistake any of us could have made, though some researchers have managed to come up with 29 wives for Smith.

It does appear, however, that posthumous plural marriages to dead people can still be made in Temple rituals acted out by stand in brides and grooms. Again very strange.

It's up to us what we decide to believe in life. Just last week a Mormon 'missionary' from the USA was in the town where I live in Cornwall. Very nice, polite young men but how can anyone believe that, in the eyes of God / Universal Consciousness or whatever, we are not all equal and if we don't sign up there's no afterlife. Wonder how the USA president contender, Mitt Romney, squares this with US citizens who are Protestants, Jews, Muslims, atheists and so on?

The photo at the top of the page shows Joseph Smith, Mormon founder, having his first vision.

Further Religion Posts:
The Failed Predictions Of The Jehovah Witness
How Can Man Imagine A God Who Is Undefinable
The Size Of The Human Soul