Position Of The Sun And Moon Caused Titanic To Sink 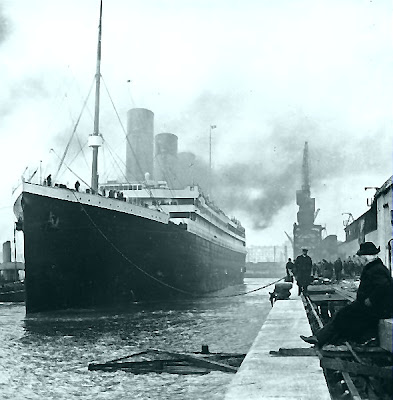 We are no doubt going to hear a lot about the Titanic, this being the centenary of that fateful first voyage. Researchers at the Texas State University have been doing some, well, research and have come up with a reason for the Titanic hitting the iceberg: it was all down to the moon and the sun. Some might call it fate or even very unusual celestial coincidences.

It seems that there were two very special things happening all at once in 1912.

(1) The moon had its closest approach to Earth for around 1,400 years.

(2) The day prior to the disaster was the Earth’s closest approach to the Sun.

The moon and sun being in such positions meant their gravitational pulls would have enhanced each other and this in turn would cause a Spring Tide. It was these high tides that may have moved icebergs into southbound ocean currents, where they collided with the Titanic - or was it the other way round?

The evening of April 14th, 1912 was also moonless so the Titanic's lookouts would not have seen the iceberg until it was too late to alter course.

All in all several circumstances, some would say coincidences, came together to cause the the sinking of the Titanic.

The photo shows the Titanic in dock at Southampton, England prior to it's first voyage on April 14th 1912.

There is a more detailed article on PHYSORG.com