Where To See Daphne Du Maurier In Cornwall 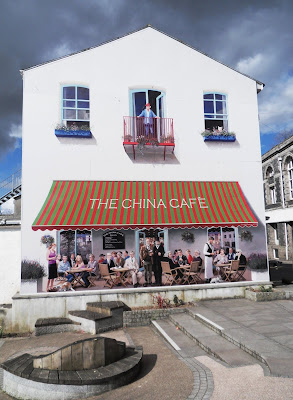 I've had a good response from my posts about the author Daphne Du Maurier. Menabilly Daphne Du Maurier's Manderley In Cornwall, for example, attracted far more visitors than normal. I thought, therefore, I would show you this mural found on the side of a building in St.Austell, Cornwall. 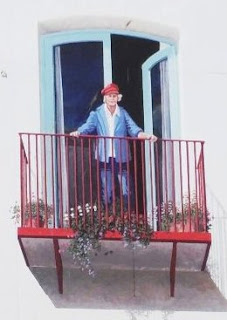 The mural, by Janet Shearer, depicts well known people (at least well known to local residents!) who lived near to St Austell, one of these being Daphne Du Maurier. She is in the premier position as the lady at the top of the art work looking out over a balcony.

The mural is a reproduction, four times the size of the original painting. This was photographed and then scaled up and printed on aluminium sheets which were then affixed to the building.

So if you are visiting Cornwall and want to see Daphne Du Maurier go to Trinity Street, St Austell.