The Magic Of Fowey Cornwall 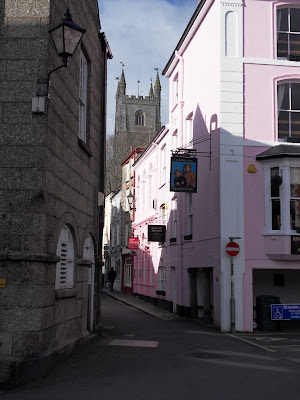 Yesterday I wrote that I was about to visit Fowey, so I thought I'd continue with this today.

Fowey (pronounced Foy - rhymes with Boy), Cornwall is an ancient, magical little town set on the river Fowey where it meets the sea. It's also known as Daphne Du Maurier country as the author lived in the area for many years and her books are often based in Cornwall.

If we stay with the Daphne Du Maurier theme she lived in the house called Ferryside, pictured below, and it was from here that her first books originated. Her house is the one on the water's edge to the right of the photo.  It was a cloudy winter's day so the pictures aren't as good as they would be in summer. 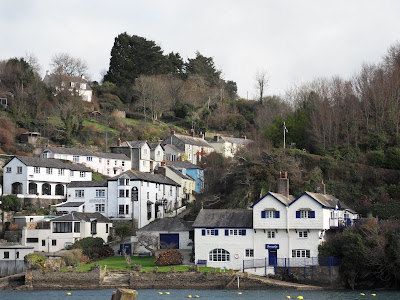 The house is called Ferryside because it is next to a slipway for the ferry which takes cars and passengers across the River Fowey. The photo below shows the ferry with Daphne Du Maurier's house to the right in the distance. 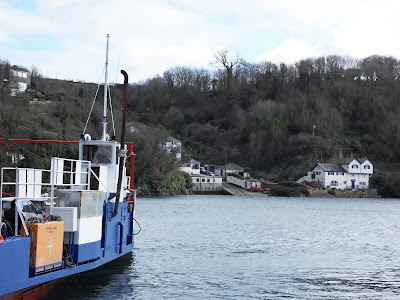 The town of Fowey is all narrow streets and old buildings, not really suitable for cars - though they do make their way through if necessary via a one way system. 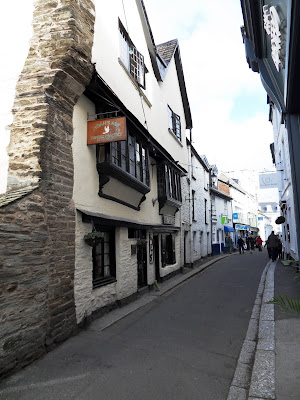 The sky cleared briefly when I photographed the church and there was even a touch of blue. 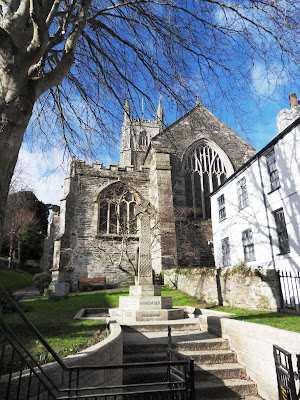 The quay, from where a small passenger ferry runs across the river to Polruan, ... 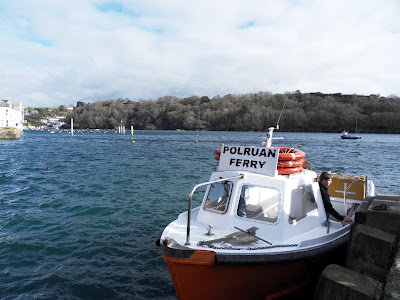 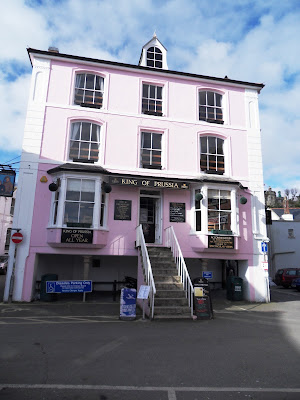 Fowey has it's own small beach at Readymoney Cove. We didn't swim, much too cold! I took the photo below from where we sat to eat our lunch. It was perfect as there was no one else about. In summer though it gets quite packed. 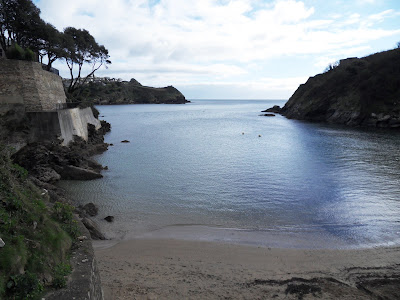 Readymoney cove again below. From the far side there is a path, next to the wall, that leads up to St.Catherine's Castle and then along the cliffs. A lovely walk in the summer. 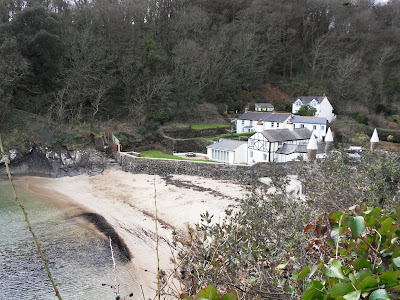 Fowey in Cornwall is a good place to hideaway. 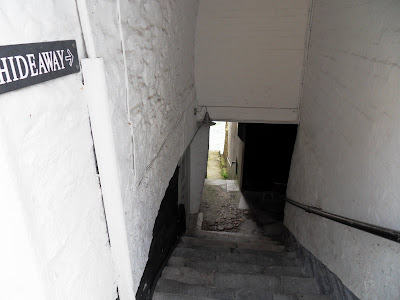 And, just in case you need to keep up with the news here's the cottage of the town crier. You might just be able to make out the sign above the door number. 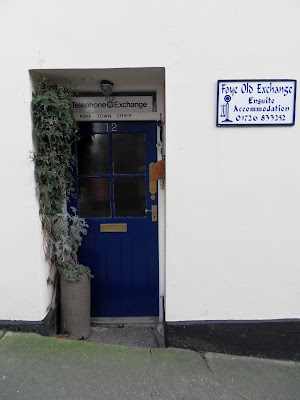 If you are in Cornwall I'd recommend a visit to Fowey, but don't forget to pronounce the name properly, otherwise the locals will realise that you are an emmet. Fowey is also the start of my favourite walk. Maybe I'll write about that another time.