Beyoncé And Her Golden Scientists Bottom 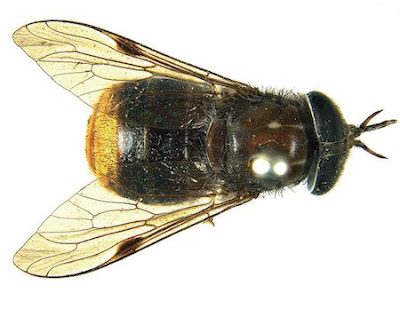 Scientists are such serious fellows, aren't they? What with their use of Latin to disguise what they are on about. Why name things in a dead language? Take a horse-fly for example, like the Scaptia (Plinthina) beyonceae - that's the fellow in the picture above.

How on earth did the creature get called that? It was named by Bryan Lessard, an Australian National Insect Collection researcher and his inspiration was Beyoncé - but he had to spoil it by giving the name a Latin appearance.

This is what Lessard said about how he named the horse-fly: "It was the unique dense golden hairs on the fly’s abdomen that led me to name this fly in honor of the performer Beyoncé as well as giving me the chance to demonstrate the fun side of taxonomy – the naming of species."

So does that mean Beyoncé has golden hairs on her, erm, abdomen? Well no, funnily enough, it's because the horse-fly has a golden backside / bottom - and that gives me the excuse to include the photo below in this post! 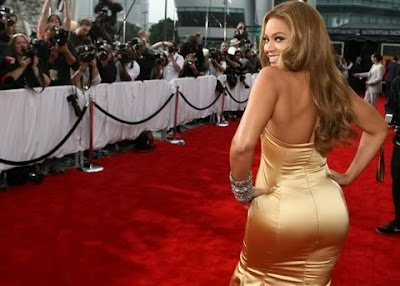 Other celebs besides Beyoncé have had creatures named after them, with Latin sounding names:

And no doubt the list goes on and on. Who said scientists are serious? Oh, I did.

Other Sunday Posts:
Coincidence And The Improbable Babel Fish And The Zebra Crossing
You Don't Have A Soul
Life Isn't Always As It Seems