Ephemeral That Makes Up A Life And Is Easy Forgotten 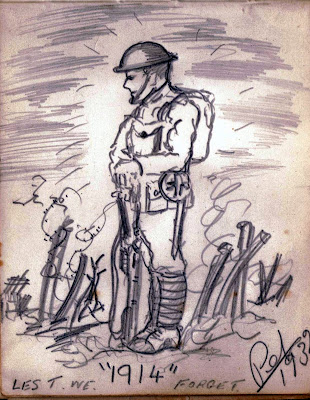 I was remembering my mother this week as her birthday was on June 23rd. I have a case of documents that my mum collected, things that were important to her. Just bits of papers, ephemeral and worthless to anyone else. But many told a story.

The drawing 'Lest We Forget' above was by a friend of hers back in 1932 and 'we' did forget. Below is a letter from The War Organisation informing my mum's sister, Ella, that her fiancé was presumed to have been killed in action in the 1939-45 war. There was no counselling back then. You received a letter and got on with your life. For Ella this meant never having another boyfriend or marriage.

Some of the scans of the documents aren't too clear because of their age but, if interested, click on any photo for larger versions. 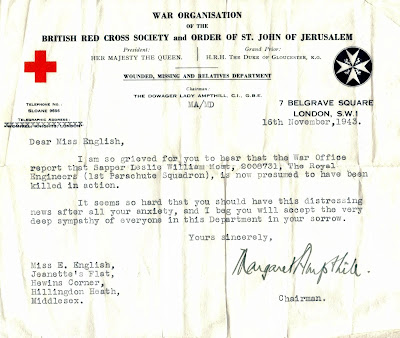 My mother's brother was perhaps lucky, as the letter below shows, he didn't have to go to war. He had employment necessary to the 'war effort'. 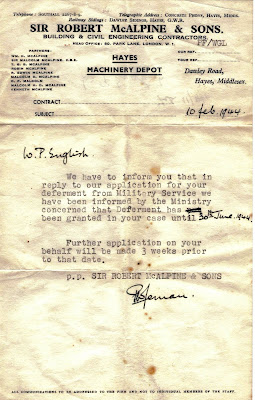 If we travel back to before the two world wars life wasn't easy. Many children died young or were still born. The next document is relevant to one of the children my grandmother lost - a 'still born male child'. Having a wonderful, healthy young grandson I find this quite heartbreaking. 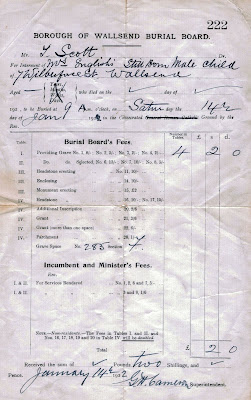 But my grandmother was strong in spirit and she lived to nearly 104. On her one hundredth birthday she had a telegram from Queen Elizabeth II. I remember she was quite disappointed in what she received. I think she thought the Queen could have put a bit more effort into it! 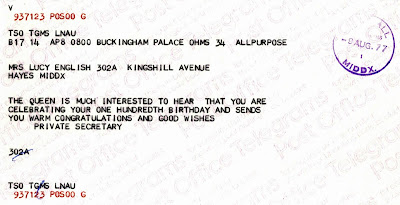 My grandmother's husband died way before I was born and all my mum got as notification was a telegram. Back then, of course, there weren't many phones and a telegram was the quickest alternative communication. 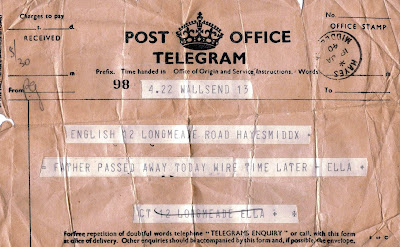 Amongst the literally hundreds of letters, receipts, death certificates and so on I noticed the following National Savings card belonging to my grandmother from the 1920s. The symbol they used at the time was the Swastika. People wouldn't have realised back then what significance the symbol would have in later years. 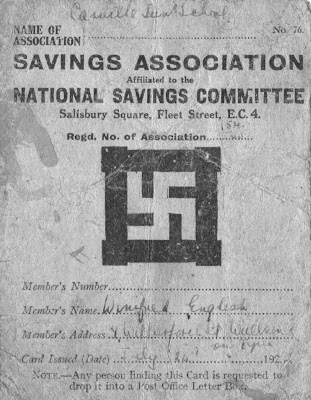 Looking back through all of the bits and pieces it makes me appreciate how very lucky we are today in comparison. We have much to be thankful for, despite what we see and read in the media.

Further Reading:
Hitler And His Divining Rod For Dark Forces
67 Years After The D-Day Landings They Meet By Coincidence
The World War 2 Fractured Skull Coincidence