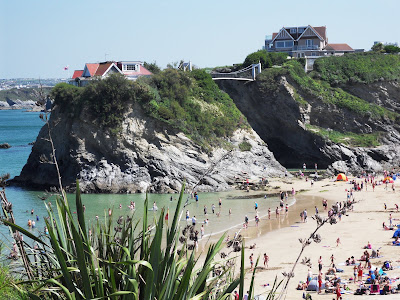 For the first time since starting this blog I have missed three days without publishing a post. There was, and still is, a reason. Unfortunately I have a health problem.

On Thursday of last week - just as I was about to step into the shower - the phone rang.

I knew my wife would answer the call but I also knew - absolutely 'knew' - that the call was from the hospital.

Karin handed the phone to me and the caller asked me to attend an appointment the next day to see a consultant.

On Friday I made my way to Newquay hospital where it was explained to me that I have kidney cancer and would have to have my right kidney removed. I have been booked in for this for the 19th of September 2012.

Needless to say this has knocked me back a bit, but the way the problem was discovered was by a touch of luck - if you can ever describe such a thing as being lucky.

I have been healthy all my life, take lots of exercise, follow a good diet, have never smoked and so on but earlier this year my local doctor thought I might have symptoms of colon cancer. So he booked a colonoscopy for me - the thought of which wasn't too pleasant. But it wasn't quite as gruesome as I imagined.

There was a problem, however, the consultant was unable to reach the far end of my colon - otherwise everything was okay but they took a biopsy to make absolutely sure. Though I am of average height it seems I have an extra long colon (I won't say what my wife said about this!). This meant that I had to return to the hospital again to have a scan to double check all was well with my colon /bowel.

I had the scan but the technician must have noticed something as she also scanned more of my body, including the kidneys.

It was this that led to the hospital phoning me and the consultant telling me the bad news at Newquay hospital.

The 'lucky' part was that if I'd have had a normal sized colon the kidney cancer would not have been found. Not exactly a silver lining but at least the problem can now be treated before it can spread.

Friends and family have been very sympathetic and keep telling me about people they know who have only one kidney or have got over kidney cancer. The funniest - in a sick sort of way - was from Karin's best friend.

Her mother had to have a kidney removed about ten or more years ago and had to remain in hospital for a while to recover. The first night, after her operation, the nurse came round and asked her what she wanted for an evening meal. The main choice was steak and kidney pie! A true story. Good job I'm vegetarian.

As for the photo at the top of the post this is one of the many beaches at Newquay, Cornwall. Karin and I walked along the coastal path and had some lunch sitting on the cliffs enjoying the view after I had seen the consultant.

The house to the left of the photo is an island, the only access being the small metal bridge. I've always thought it would be a novel place to live.

The Whale On The Cornish Beach

Last night I heard that a whale had beached at Carlyon Bay, which is near to where I live. I drove down to take a look as my information was that the whale was still alive. 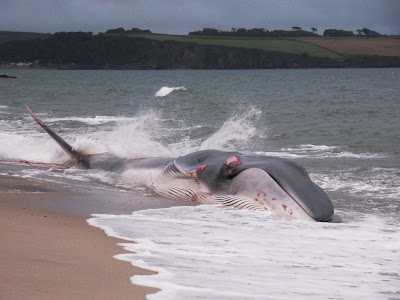 It was a sorry sight.

The fin whale was about 65ft long and had been injured somehow on the head.  I've read since that fin whales are the second largest animal on the planet and are an endangered species.

The idea was to float him out to sea but this turned out to be impossible.  Police, coastguards and maritime experts were soon on the scene but were unable to help.

I stayed about two hours willing the whale to somehow survive.  The weather turned for the worse and the rain poured down, almost as tears for this wonderful creature struggling for his life. 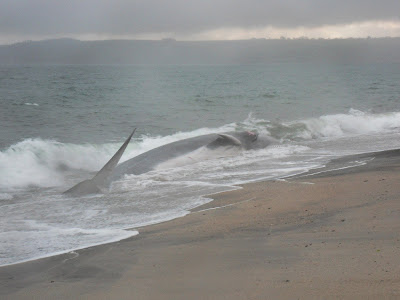 When I left it was quite dark on the beach. Sadly the whale died during the night. 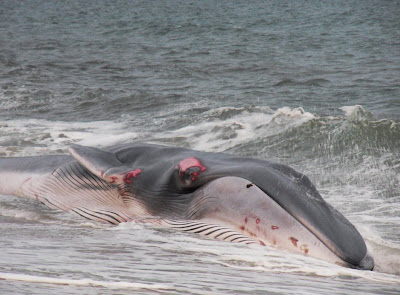 As is often said: "Worse things happen at sea."