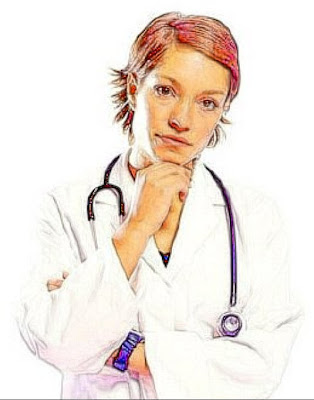 I've been pondering the subject of health recently and how it may be possible to overcome any problems that come our way. My conclusion is that all things are possible with belief, miracles really do happen.

On the lowest of levels lets think of something as simple as warts, which can be a nuisance for some people. There are lots of tales about how these can be cured, but the power behind these stories is belief.

I've collected a couple of wart cures to illustrate this.

(1) "At the age of seven I found a wart on my knee, which in a couple of months, after being knocked, picked at and otherwise damaged, resulted in my upper leg being covered in more than 100 warts.

I was with my mother on a bus one day when an old lady commented on my warts and suggested if they were rubbed with a piece of steak that was then buried in the garden the warts would disappear.

Even at that age I found it unbelievable, but my mother insisted I went through the process and the following day I awoke to find them all gone.

I sill find the result quite amazing." ~ M.E.Trew.

(2) "When my daughter Emma was a child I took her to our doctor with a blemish on her hand. The doctor said it was a wart, and he bought it off her for a shilling, much to Emma's delight, and the wart soon disappeared." ~ Angela Tomlinson

Wart charmers are legendary but it's a similar principle of belief that also makes simple magic spells work. There is usually a necessity to do something that impresses the mind, and in doing so this brings about the required result. A witches example of this follows, for when we might require some 'quick money'.

"On the day of a new moon throw brand new coins into your house from outside and let them roll wherever they will. Leave them where they fall for the rest of the month. As you throw the coins chant, "Money on the floor, money through the door."

Wart cures and magic spells may appear a load of old tosh but it's still an example of belief in action. It's a simplistic form of ritual, investiture, elaborate religious ceremony. They are all carried out to impress on us that they are important and therefore will work - via belief.

Of course we can simply believe in our God or maybe angels or Saints to help us. But whatever we do to create belief I feel we have to fully believe - and this can sometimes be difficult without a crutch of some sort to lean on.

If we can, however, cure warts then the same power behind this can cure or bring about - well, anything. It's up to us how we choose to generate our belief.

Similar Themed Posts:
The Fortress Of Light: How to prevent a psychic attack
Magic Which Brings Coincidence And Synchronicity
Belief Programming From Witchcraft To The Impossible