Did This Doctor Visit Heaven? 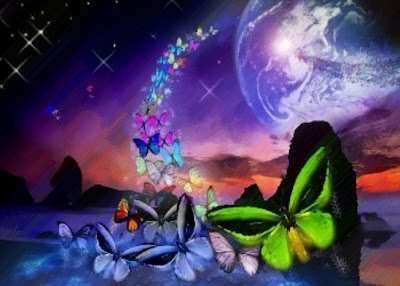 Out of Body and Near Death Experiences are easily explained away by scientists. Surgeons often hear such tales and take them with a pinch of proverbial salt. The same goes for anyone who claims to have visited Heaven.

Such experiences are said to be caused by a malfunctioning cortex or maybe nerve cells being deprived of oxygen or even the brain causing hallucinations, because of some form of immense stress.

These sort of opinions would likely have been put forward by say, a neurosurgeon like Eben Alexander. But because of a personal experience Eben has now changed his mind and claims he has seen Heaven for himself and now believes in God and an afterlife.

Dr.Alexander contracted a rare form of bacterial meningitis whereby the area of his brain which controls emotion and thoughts - his entire cortex - actually shut down. He was in a coma for a week and doctors believed he wouldn't recover.

It was during this seven day period he claims to have visited Heaven.

Alexander explains: "According to current understanding of the brain and mind, there is absolutely no way that I could have experienced even a dim and limited consciousness during my time in the coma, much less the hyper-vivid and completely coherent odyssey I underwent."

His first memory is of  "roots" over his head and having no knowledge of his past life. Sights and sounds appeared to merge together and began spinning and clearing away the surrounding murkiness.

The next thing he was aware of was flying over a meadow. He couldn't speak and had no awareness of his body. He felt he was simply a "speck on a butterfly wing" along with millions of other butterflies in a swirling "river of life and colour".

Below him were waterfalls, pools and "indescribable colours", and above him were clouds that were "big, puffy, pink-white ones that showed up sharply against a deep blue-black sky".

Far above the clouds were flocks of "transparent, shimmering beings", making arcs of gold and silver across the sky. "Indescribably gorgeous" hymns and chants wafted down from these beings - "higher forms" of life which, as he gathered his thoughts later, he could only describe as "angels".

Travelling with him was what he took to be his guardian angel: a young woman with high cheekbones, deep-blue eyes and golden brown hair. She was wearing orange, indigo and powder blue clothing.

"Her thoughts were things like, 'You are loved. You are cherished for ever. There’s nothing you can do wrong'".

Together they moved on to "the core, an inky darkness that was also full to brimming with light." Here there was "a beautiful warm awareness of the divine which was clearly what we would call God".

After being in a coma for seven days Dr Alexander awoke. He is now back to being a doctor but spends part of his time investigating how "we are much more than our physical brains".

Obviously many will think Dr Alexander's story to be just that: a fantasy tale. To doubters he says that he has two points to make:

(1) Firstly, to his knowldege, no one else has made such claims while his or her cortex was shut down.

(2) His experience happened while his body was under intense medical observation every minute that he was in his coma.

So, is this proof that Heaven does exist and we have nothing to fear from death?

Dr Eben Alexander has written a book of his experience, which is available on Amazon:
Proof of Heaven: A Neurosurgeon's Journey into the Afterlife

Similar Heavenly Posts:
Where Is Heaven?
The Bird Angel Who Comforts As Someone Dies
Near Death Experience In The Stars

Email ThisBlogThis!Share to TwitterShare to FacebookShare to Pinterest
Labels: Heaven, Life After Death, Near Death Experiences, Out of Body Experiences