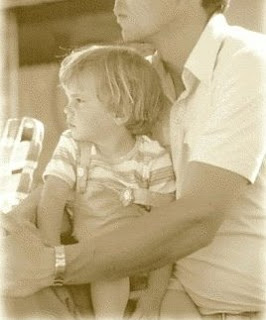 A coincidence story I saw in the Daily Mail newspaper. This happened in the Spanish city of Leon last Wednesday.

A 27 year old woman 'lost control' and for some reason started hurling some of her possessions out of her first floor window. She then dangled her 18 month daughter also out of the window and let go.

Just as she did so the woman's father happened to be walking past and managed to catch his granddaughter.

The woman was arrested and is now being held in a psychiatric centre. As for her daughter, all is well and she has been declared 'perfectly healthy'. But how lucky that her grandfather just happened to be passing that way, at the perfect time.