Photos Of The Peruvian And Mexican Aliens 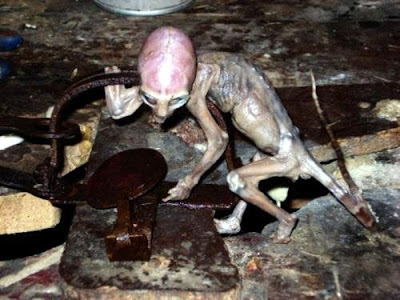 Okay, I know the first part of this post is old, it originates from May 2007, but it was on UK television recently so I thought I'd dig it up again.

The story is about a supposed alien who got caught in a trap, that's the little fellow above. Since then some say it was all an elaborate hoax, others that the hoax was actually a hoax - so the creature still raises a debate. Is it from another planet or perhaps something more mundane like a skinned squirrel monkey?

The DNA has been tested but there are conflicting reports: that it is partly a female human (A hybrid? Surely not), that it's not human like at all and so on. Everything, as with these sort of finds, becomes blurred. 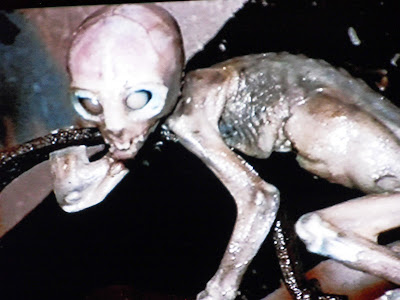 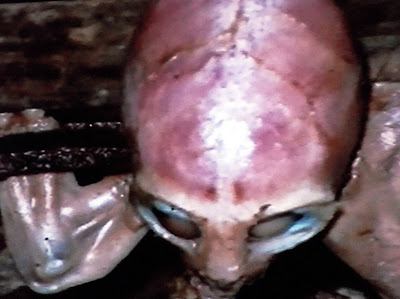 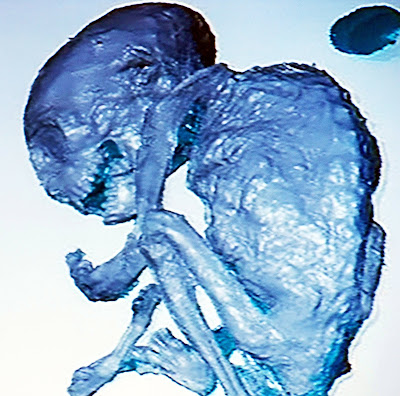 Similar mysteries turn up in all sorts of places. The next photo is of an 'alien' found in Andahuaylillas, Peru. More human-like this time but with an elongated head 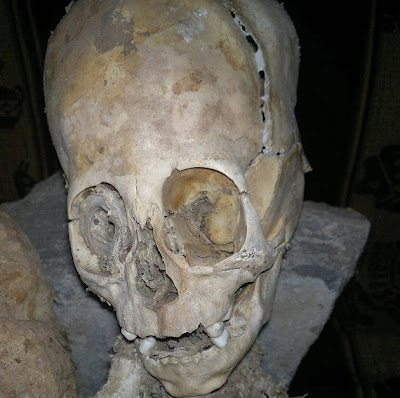 Compared to the typical artist impression pictures found of UFO aliens, this Peruvian alien 'skull' does have a resemblance, with that high forehead and large eyes. 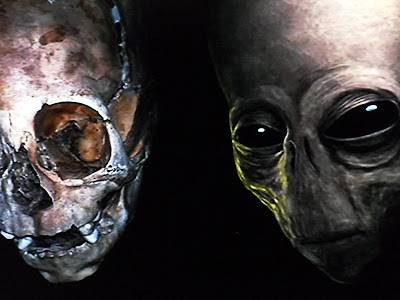 If I was forced to make a decision between the two, as to what might be a genuine alien, I'd have to plump for the Peruvian - also very like the Indiana Jones crystal skull in The Kingdom Of The Crystal Skull. As for the Mexican alien, the story doesn't feel right somehow.

Other Random UFO Posts:
How President Eisenhower Met A UFO Alien
The Aircraft Swallowed By A UFO Mystery
UFO Seen By Sports Journalist Plus 8 Other UFO Sightings